In 2014, Sudol focused on her acting career and starred as Kaya in the recurring cast of the first season of Amazon Video series Transparent. The role was a singer and love interest of Jay Duplass’ character Josh.

She also starred in the main cast of the television series Dig, as the archeologist Emma Wilson.

Elle named Sudol one of “The 7 Most Exciting Newcomers on TV this Season” in January 2015.

In 2015, Sudol was cast in the film Fantastic Beasts and Where to Find Them, the first in a series of five Harry Potter prequel films written by J.K. Rowling. Sudol plays Queenie Goldstein, the attractive younger sister of Tina (Katherine Waterston), alongside Newt Scamander (Eddie Redmayne). The film is set in New York approximately seventy years before Harry Potter’s story starts. The film is based on the Hogwarts textbook of the same name and follows the adventures of its author, “magizoologist” Newt Scamander. The film was released in November 2016. 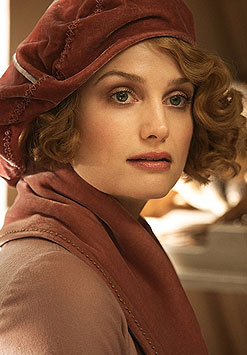