Australian actress. She is best known for her role as Commander Lexa in The CW series The 100, and for her current portrayal of Alicia on the AMC series Fear the Walking Dead (the companion series to The Walking Dead).

Debnam-Carey has starred in the 2014 films Into the Storm and The Devil’s Hand. She also appeared in the television series McLeod’s Daughters, Dream Life and Next Stop Hollywood. 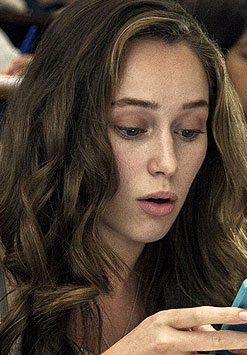