Cuban-Spanish actress. She currently lives in Los Angeles. At the age of 18 she moved to Spain with her first major television success was the Spanish TV series El Internado, which aired on Antena 3 in 2007, in which she played Carolina Leal. She later continued her career in the film Mentiras y gordas (2009), the TV series Hispania, la leyenda (2010–2012) and Blind Alley (2011).

In 2014, De Armas moved to Los Angeles, CA. She appeared in the film Por un puñado de besos. Then in 2015, she starred in Eli Roth’s Knock Knock, along with Keanu Reeves.

Her upcoming releases include Exposed, in which she shares screen with Reeves again, Hands of Stone, along with Robert De Niro and Usher among others and War Dogs, directed by Todd Phillips (The Hangover trilogy and Due Date) with Miles Teller and Jonah Hill, and Overdrive, a French action-thriller film. 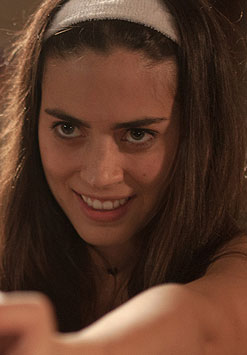