Honey grew up performing in theatre and in dance shows and at 16 Honey was delivering papers around the stages at Pinewood Shepperton Studios & after going on the incredible sets, playing Frankenstein pinball machines with Kenneth Branagh and watching closely those performing on screen it wasn’t long before Honey had caught the screen acting bug. Being hugely passionate about dance Honey trained at Studio 68 and Pineapple in a wide variety of styles from Ballet to Hip Hop, Commercial and Street dance which lead on to her appearing in music videos for artists such as Olly Murs, Aggro Santos, Wretch 32, Griminal, and Rebecca Ferguson & dancing on the Xtra Factor. Honey took part in an ITV2 show which gave her even more TV experience and after this was lucky enough to gain work presenting Live on Sky TV and at film premieres.

In 2016 Honey appeared in TV series Eastenders, Stan Lee’s Lucky Man and was stand in on huge feature films Rogue One, Justice League, Dr.Strange and had featured roles in feature films Annihilation, Breathe, Murder On The Orient Express and many more. 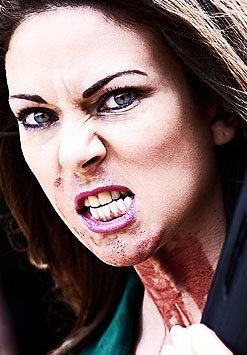