American actress and a singer. Mullally is best known for playing the wealthy, alcoholic socialite, Karen Walker, on the Emmy Award-winning TV sitcom, Will & Grace, from 1998 to 2006. She received 7 consecutive Emmy Award nominations for Outstanding Supporting Actress in a Comedy Series for her role on Will & Grace, winning twice in 2000 and 2006 and giving her more nominations and more wins than any other actor on the show. She also received 7 consecutive Screen Actors Guild Awards nominations for Outstanding Performance by a Female Actor in a Comedy Series, winning 3 times in 2001, 2002, and 2003, and was nominated for 4 Golden Globe awards for the same role.

From 2006 until early 2007, Mullally hosted The Megan Mullally Show. Following the short-lived talk show, she has been a series regular on shows such as In the Motherhood, Party Down, and Childrens Hospital. She has appeared in several guest-starring roles in television programs, including Parks and Recreation, Happy Endings, 30 Rock, Up All Night, Boston Legal, and The New Adventures of Old Christine. She has also appeared in films such as Why Him?, Smashed, and The Kings of Summer. 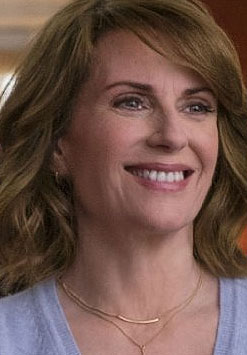