British actress from Brighton. Having studied at K-Bis Theatre College in Brighton she left school and worked in a bookies. She came to public attention in 2010 with her critically acclaimed professional stage debut as Delilah Evans in Spur of the Moment by Anya Reiss directed by Jeremy Herrin at the Royal Court Theatre in London. She was widely praised and on the strength of that performance she was shortlisted for the Evening Standard Award for Outstanding Newcomer in 2010.

Her second theatre performance was in Mogadishu by Vivienne Franzmann at the Royal Exchange Theatre in Manchester and which then transferred to the Lyric Theatre in London in 2011. Again she was specifically picked out for her good performance and was widely praised. She will also be hosting the Lyric’s “Lounge Night” along with her co-star Malachi Kirby from Mogadishu in May 2011. Also in 2011 she appeared as part of the Bush Theatre’s contribution to Latitude Festival in The Flooded Grave by Anthony Weigh directed by Hannah Ashwell-Dickinson. 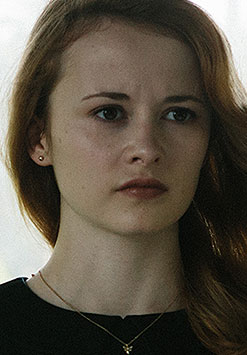