Win Merchandise Packs with THE SECRET OF MARROWBONE! 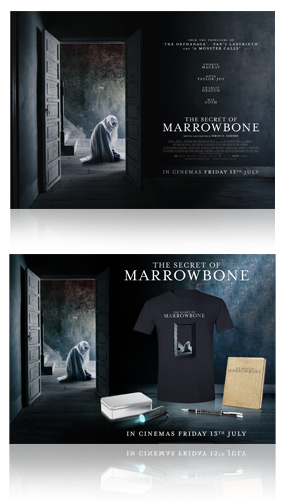 To celebrate the release of Sergio G. Sánchez’s Directorial Debut THE SECRET OF MARROWBONE, The Fan Carpet have merchandise sets containing a t-shirt, a torch, a notebook and a pen up for grabs!

Starring George Mackay (Captain Fantastic), Anya Taylor-Joy (The Witch), Mia Goth and Charlie Heaton (Stranger Things), THE SECRET OF MARROWBONE sees four siblings seek refuge in an old home after the death of their mother, only to discover that the house has another, more sinister, inhabitant.

The Secret Of Marrowbone Film Page

THE SECRET OF MARROWBONE HITS CINEMAS ON FRIDAY 13 JULY