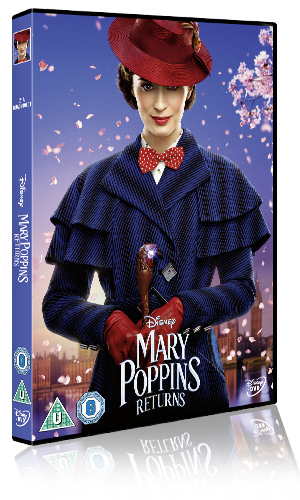 To celebrate the release of Disney’s MARY POPPINS RETURNS, The Fan Carpet are giving you the chance to win this magical film on DVD!