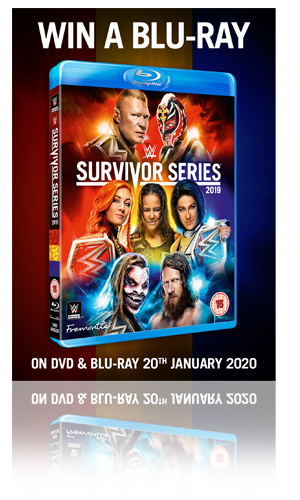 To celebrate the Blu-ray and DVD release of Survivor Series 2019 (available to buy from 20th January 2020) - we are giving away a Blu-ray copy to one lucky winner.