Win A Jim Carrey SIGNED POSTER To Celebrate The Release Of SONIC THE HEDGEHOG! 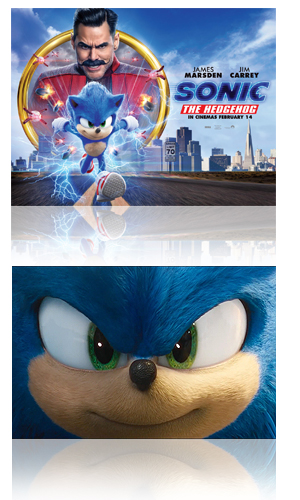 To celebrate the release of SONIC THE HEDGEHOG (out NOW in Cinemas), Paramount Pictures UK is offering the chance for two lucky readers to inject a bit of electric blue fun into their lives by giving away some special posters signed by the one and only Jim Carrey!

Based on the global blockbuster videogame franchise from Sega, Sonic The Hedgehog tells the story of the world’s speediest hedgehog as he embraces his new home on Earth. In this live-action adventure comedy, Sonic and his new best friend Tom team up to defend the planet from the evil genius Dr. Robotnik and his plans for world domination. The family-friendly film also stars Tika Sumpter and Ben Schwartz as the voice of Sonic.

SONIC THE HEDGEHOG (PG) IS IN UK CINEMAS NOW

Open to UK Residents ONLY.