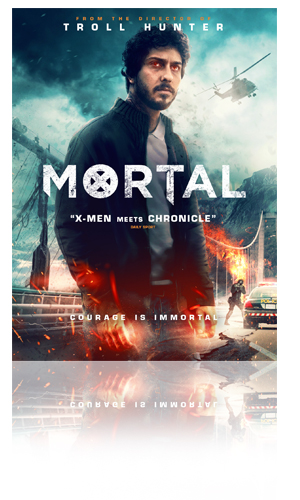 To celebrate the release of MORTAL, on Digital HD on August 3 and DVD on August 24, The Fan Carpet have teamed with Signature Entertainment to give away 3 iTunes codes for the film!

Chronicle meets X-Men meets Thor; Mortal is a fantasy adventure epic from the director of Troll Hunter and starring The Fault In Our Star’s Nat Wolff. Based on ancient Norse Mythology, a young boy must discover the origins of his extraordinary powers before he is captured by authorities hell-bent on condemning him for an accidental murder. A breath-taking and thrilling origins adventure story about one boy's journey to uncover who, or what, he really is.

Mortal Film Page | Get it on iTunes NOW