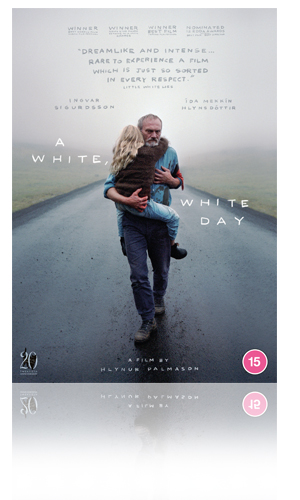 To celebrate the release of A WHITE WHITE DAY from Peccadillo Pictures on DVD, Blu-ray and On Demand on October 5th, The Fan Carpet have two prize copies to give away.

This compelling film takes place in a remote Icelandic town where an off-duty police chief begins to suspect a local man of having had an affair with his late wife who died in a tragic accident two years earlier. Gradually his obsession with trying to find out the truth spirals out of control and inevitably begins to endanger both himself and his loved ones. This is a story of grief, revenge and unconditional love.

A WHITE, WHITE DAY IS AVAILABLE ON DVD, BLU-RAY AND ON DEMAND ON OCTOBER 5