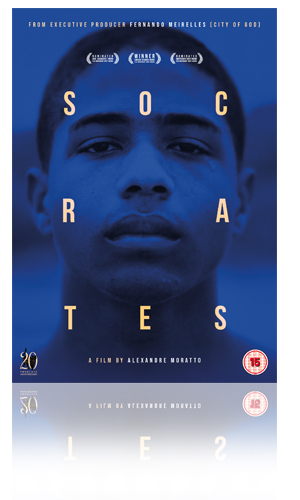 To celebrate the release of SOCRATES on DVD and On Demand on October 12th, after its successful theatrical release, The Fan Carpet are giving you the chance to win copies of the film on DVD!

This much praised debut feature from Brazilian-American director Alexandre Moratto has won many awards - 17 and counting - and marks him out as a talent to watch. Produced by Fernando Meirelles and Rahmin Bahrani, the crew was made up of 16 to 20 year olds from impoverished communities around Brazil as part of a project supported by UNICEF so the film's success is all the more remarkable for that.

After his mother's sudden death, Socrates, a 15-year-old living on the outskirts of São Paulo's coastal region, is forced to survive on his own. Unable to pay the rent he faces eviction and also isolation because of his sexuality and eventually his search for a decent, happy life reaches breaking point. This gritty, moving and intimate portrait of life in a marginalized society features wonderful performance from its non-professional cast, none more so than Christian Malheiros in the role of Socrates giving a memorable screen debut.

SOCRATES IS OUT ON DVD AND ON DEMAND ON OCTOBER 12