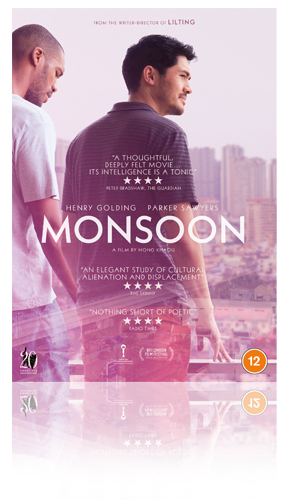 To celebrate the Blu-ray and DVD release of MONSOON on November 2 from Peccadillo Pictures, The Fan Carpet are giving you the chance to win a coy on DVD!

Directed by Hong Khaou (Lilting), MONSOON is a visual and emotional tour de force with a tender performance from Henry Golding (Crazy Rich Asians, The Gentlemen). The film is a rich and poignant exploration of the struggle for identity in a place where the past weighs heavily on the present.

Kit (Henry Golding, Crazy Rich Asians, The Gentlemen) returns to Ho Chi Minh City for the first time since he was six years old when his family fled the country in the aftermath of the Vietnam-American war. Struggling to make sense of himself in a city he’s no longer familiar with, he embarks on a personal journey across the country that opens up the possibility for friendship, love and happiness. 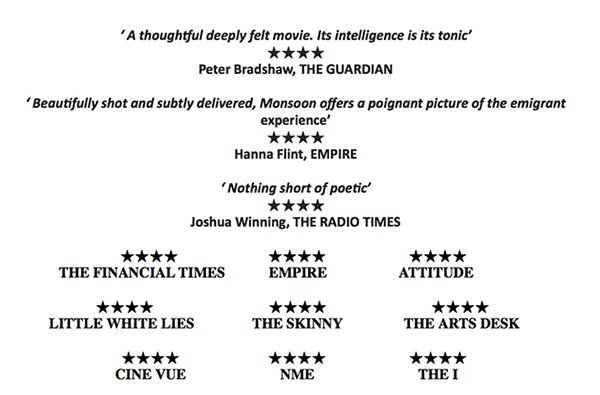 MONSOON IS OUT NOW ON DVD AND BLU-RAY