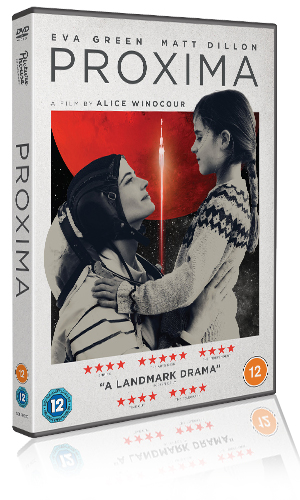 To mark the Home Entertainment release of PROXIMA, which is available on DVD, Blu-ray & Digital 23 November, we have been given 2x DVDs to giveaway!

The story follows Sarah (Green), a French astronaut training at the European Space Agency in Cologne. The only woman in the arduous training programme, she has been chosen to be part of the crew of a year-long space mission called ‘Proxima’. Putting enormous strain on her relationship with her seven-year-old daughter Stella (played by outstanding newcomer Zélie Boulant-Lemesle), the training begins to take its toll on them both as the life-changing launch looms ever closer.

PROXIMA IS AVAILABLE ON DVD, BLU-RAY & DIGITAL FROM NOVEMBER 23

Open to UK entrats ONLY.