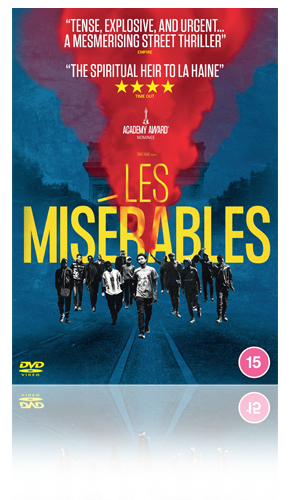 ‘An explosive slice of life that recalls Do The Right Thing and La Haine. A must see’ - Edgar Wright

To celebrate the Home Entertainment release of Ladj Ly’s explosive directorial debut Les Misérables, The Fan Carpet are giving you the chance to win a copy of the film on DVD, courtesy of Altitude Media Group!

Inspired by the 2005 Paris riots, and Ladj Ly’s short film of the same name, Les Misérables is a hugely topical provocative insight into the tensions between neighbourhood residents and police.

Stéphane (Damien Bonnard) has recently joined the Anti-Crime Squad in Montfermeil, in the suburbs of Paris, France, where, Victor Hugo set his famed novel “Les Misérables”. Alongside his new colleagues Chris (Alexis Manenti) and Gwada (Djebril Zonga) - both experienced members of the team - he quickly discovers tensions running high between local gangs. When the trio finds themselves overrun during the course of an arrest, a drone captures the encounter, threatening to expose the reality of everyday life. 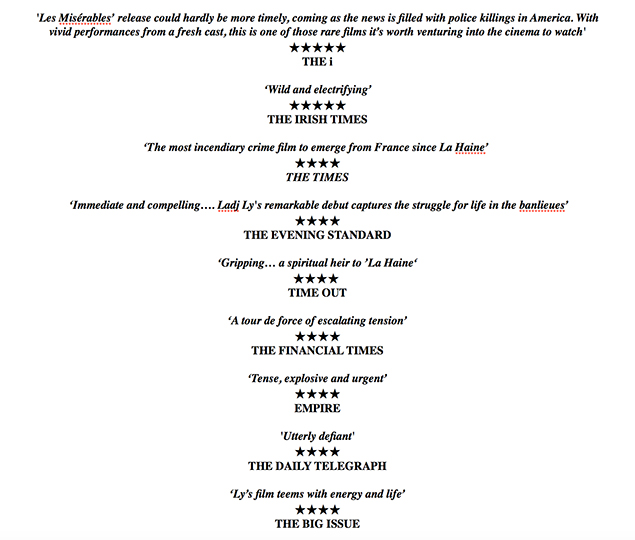 LES MISÉRABLES IS AVAILABLE NOW ON DIGITAL AND DVD

Since launching in 2013 Altitude Film Distribution have proudly supported talented filmmakers and given their films the dynamic and bold releases they deserve.

To date Altitude have championed over 100 films, ranging from the Academy and BAFTA award winning Moonlight, 20 Feet From Stardom, Amy, I Am Not Your Negro and through to critically acclaimed The Florida Project, Lady Macbeth, Beast, The Rider, Whitney and more.