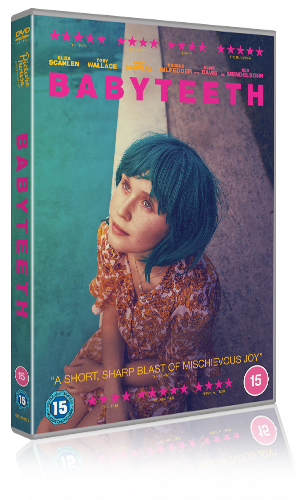 To celebrate the Home Entertainment release of Shannon Murphy’s BABYTEETH on December 7, The Fan Carpet are giving you the chance to win a copy of the film on DVD!

When seriously ill teenager Milla Finlay (Eliza Scanlan) falls in love with free-spirit Moses (Toby Wallace), it’s her parents, Henry (Ben Mendelsohn) and Anna’s (Essie Davis), worst nightmare. But as Milla’s first brush with love brings her a new lust for life, things get messy and traditional morals go out the window. Milla shows everyone in her orbit—her parents, Moses, a sensitive music teacher, a budding child violinist, and a disarmingly honest pregnant neighbour—how to live like you have nothing to lose. What might have been a disaster for the Finlay family instead leads to letting go and finding grace in the glorious chaos of life.

BABYTEETH IS AVAILABLE ON DVD, BLU-RAY & DIGITAL FROM 7 DECEMBER