Bring Christmas Home With The Chance To Win A THE LOSS ADJUSTER DVD! 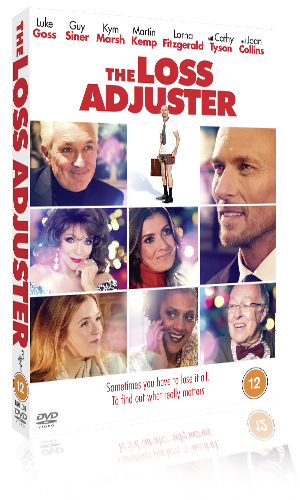 To celebrate the release of THE LOSS ADJUSTER on DVD now, The Fan Carpet are giving you the chance to win a copy of the film on DVD!

The Loss Adjuster follows Martin Dyer (Goss), a hapless insurance loss adjuster who, after many years, hits financial hardship, prompting his wife Angie (Marsh) to leave him the week before Christmas. His day drastically goes from bad to worse with a catalogue of extraordinary and humorous encounters with a flirtatious and rather amorous widow (Collins), a corrupt Doctor (Siner), a lascivious female escort (Greenidge) and a dead rat. It is only later at the funeral of a client that Martin has an epiphany; and with the help of his unlikely friendship with a teenage thief (Byrne), he discovers that sometimes you have to lose it all to find out what really matters.

THE LOSS ADJUSTER IS AVAILABLE ON DVD AND ON DEMAND NOW

On offer are three (3) DVD copies of The Loss Adjuster.