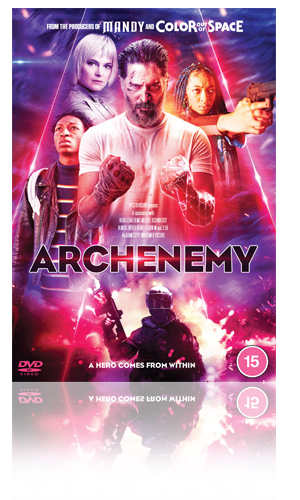 Max Fist is the hero we all need in these troubled times in the extraordinary sci-fi action adventure ARCHENEMY - released 22nd February on DVD, Altitude.Film and other Digital platforms.

To celebrate to release we are giving away a DVD!

ARCHENEMY IS RELEASED ON DVD, ALTITUDE.FILM AND OTHER DIGITAL PLATFORMS ON FEBRUARY 22

-1 (one) winner will receive 1 (one) Archenemy DVD