Win THE SURROGATE on DVD! 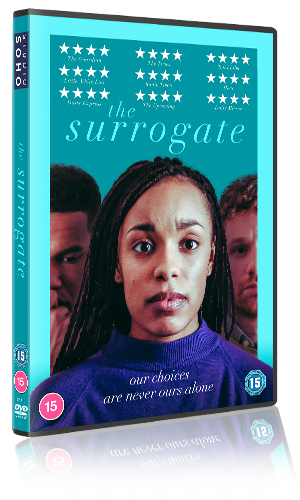 To mark the digital and DVD release of The Surrogate we have been given 2x DVDs to giveaway.

A sensitive insight into the complex issues surrounding surrogacy, THE SURROGATE follows Jess Harris (Jasmine Batchelor, “The Good Fight”), a 29-year-old web designer, who is excited to be the surrogate and egg-donor for her best friend Josh (Chris Perfetti, “Looking”) and his husband Aaron (Sullivan Jones, “Halston”, “Slave Play”). Twelve weeks into the pregnancy, a prenatal test comes back with unexpected results that pose a moral dilemma. As they all consider the best course of action, the relationship between the three friends is put to the test.

The film received critical acclaim during its programming at numerous film festivals around the world, including SXSW 2020, São Paulo International Film Festival, and Gotham Film Festival. Earlier this year Jasmine Batchelor was nominated for a Breakthrough Actor award at the IFP Gotham Awards.

Writer and director Jeremy Hersh has received widespread praise for his smart moral drama, with its approach to conflicting and problematic dilemmas.

Offering a perceptive and thoroughly absorbing spotlight on important issues, THE SURROGATE is not to be missed.

ADD THE SURROGATE TO YOUR DIGITAL AND DVD COLLECTION NOW