Creativity and Being a Film Director: A Conversation with Elizabeth Blake-Thomas | The Fan Carpet

Creativity and Being a Film Director: A Conversation with Elizabeth Blake-Thomas

Elizabeth Blake-Thomas is a producer, writer and director having worked in the film industry for many years, she is best known for Maybe I’m Fine, Sounds of Silence, Hope, Broken Wings, Pretty Outrageous, The League of Legend Keepers and Sand Angels.

Her book Arabella is released available on Amazon UK and USA and Filmmaking Without Fear is released in 2019.

In our interview, Elizabeth tells The Fan Carpet‘s Marc Jason Ali about her love of Directing, writing from the heart and working closely with her daughter… 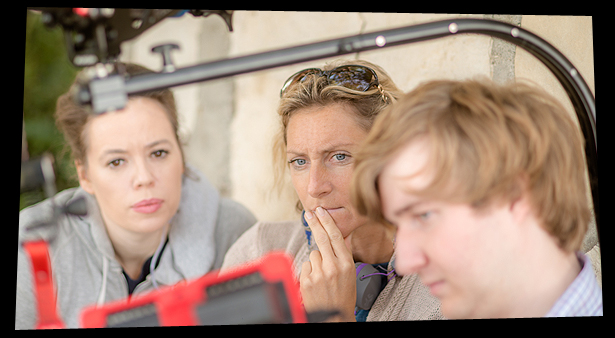 My life is filled with such defining moments that I always remember when major life changing decisions were made. This one in particular came three times. The first was when I set up my theatre company, I realised I enjoyed directing. Creating ideas and watching everyone else make the magic happen with my vision. The second was when my daughter was on set and I realised that I was her chaperone and if that was all I was going to do until she was 18 then I would have nothing to do after she turned 18. So I started writing and creating ideas. I was asked to help out on her set as well, so I automatically began to learn what was required to be on set. Finally my ex boyfriend who told me that I should be a film director. I asked him how and he responded with the words, “just say you’re a film director” So everything lead me to just do it and just become it.

Your most recent writing credits include Running on Empty, Sounds of Silence, Maybe I’m Fine and Sand Angels what can you tell us about these projects?

I write from the heart and so all of these projects came from a place that means something. I like to write projects that will have some sort of an affect on people. I like to create a feeling within people. Running in Empty is about a woman who has lost her daughter and tries to deal with this loss by pushing the pain away through the use of medication. Sounds of Silence is a story based on true events about the Orphanages in Romania. Maybe I’m Fine is a coming of age story about a daughter and her father. They have a terrible relationship and they try to heal it. Sand Angels is about a teen suicide. This subject matter is very close to my heart as I have had several friends commit suicide. Also having a teenager I was always very aware of her friends and what they were going through.

You last were seen on screen in Two Faced, is Acting something you would return to?

Never say never but it is not something that I actively seek out. I will always help friends out if they need me to act as I’m actually quite good. But I prefer to be behind the camera.

You recently launched Mother & Daughter Entertainment with your daughter, what can you tell us about the company?

This is a really huge step for us. It’s something I’m building as a legacy for my daughter. I want to to be able to inspire people and encourage them in their creative pursuits. Also as a mother with a daughter I feel it is my obligation to create something that helps promote female centric stories and employ women. I love working on our ideas and each day we are creating more and more relationships with other women in the industry. 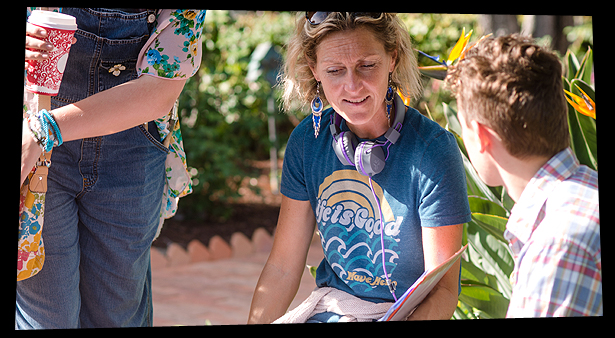 I know what I don’t particularly enjoy directing, it would be something I don’t watch, horror or sci Fi. However I will day that if either of those had a strong relationship story as part of them then I could make them work. I also prefer to make films that my daughter can watch. I have a responsibility to put some good stuff in the world. My favourite films are The Sound of Music and Moulin Rouge and mIdnight in Paris. I also loved Green Book from this year.

You have an eclectic range of credits from Short Films to Feature Film, are there any genres that you haven’t done yet that you’d like to?

I would love to work on episodic TV now. I feel like I could make the transition very easily. I enjoy working quickly and within a time frame. There are so many opportunities as well in the current climate that it could be a web show that gets picked up or a TV show that’s already doing well.

You’ve worked with a great crop of talent, do you have a wish list of who you’d like to work with?

I would love to work with the Duplass Brothers and create something from script to screen with them. Also working with someone like Meryl Streep. I also lobe with Reese Witherspoon has managed to achieve and so to work alongside her team would be great. 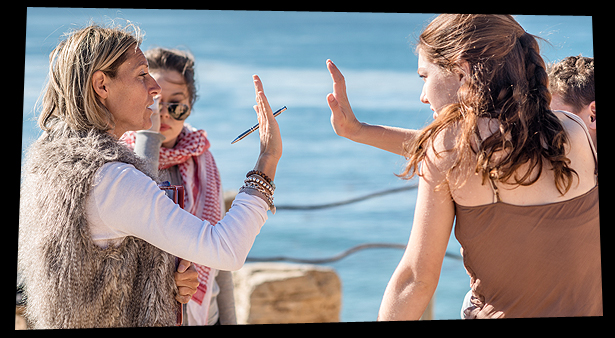 Well I love something that is filled with a passionate audience. I’m interested in being part of something that has that following. Friends was the biggest hit show when I was growing up and I think something like that that’s so iconic and affects generations now is truly special.

Is there a book that you are a fan of that hasn’t been adapted to film or TV or Netflix yet that you’d love to be a part of?

A lot of Enid Blyton’s books. I think for kids they are such a wonderful source of entertainment and filled with great characters. They would be wonderful to make. Also I wrote a book called Arabella. I am currently trying to get funding for this. It is a dark Rom-Com and based on my true life.

With the emergence of streaming services like Netflix, what do you think the future of Cinema is?

I hardly ever go to the cinema but want to support the industry. But with the online platforms, things are very different nowadays. I do enjoy a good binge watch of a show. I hope cinema will always be here, it might just merge and change shape. The experience has to change as well. I just don’t want to go there and eat popcorn and unhealthy food. I need the experience to be much more of an immersive experience and offer me something that I couldn’t get from watching this at home. 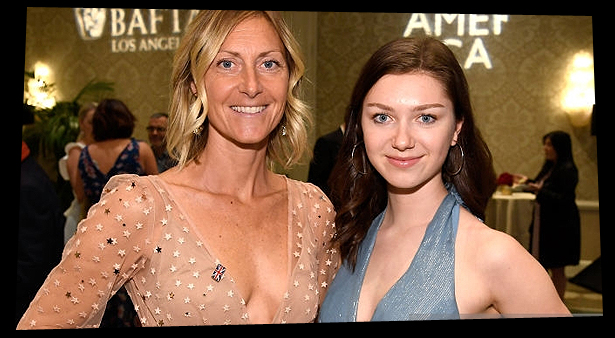