Dealing With Loss + Being Isabelle: A Convesation with Zoe Belkin for the Home Entertainment Release | The Fan Carpet

Dealing With Loss + Being Isabelle: A Convesation with Zoe Belkin for the Home Entertainment Release

In the vein of Rosemary’s Baby and The Exorcist, Isabelle is about an all-American couple whose dream of starting a family is shattered after they move into the perfect New England neighborhood.

Once settled, they soon descend into the depths of terror as they struggle to survive a genuine threat from a dark presence that appears to want to end their very lives.

Isabelle is a production of The Wanting Film Inc., in association with Out of the Blue Entertainment and Kidlat Entertainment Inc. Ignition Media Finance is providing the bridge loan. Prescience Film Finance is providing the mezzanine financing and production financing. Private Equity is coming from Lazarus Effects and Rob Heydon Productions in Canada.

In our interview, The Fan Carpet’s Jonathan Hughes in association with The Killer Spotlight spoke to Zoe about preparing to be an otherworldly character, researching for the role and her love for horror… 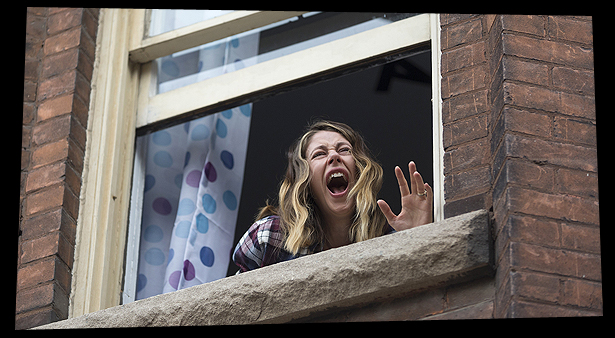 It’s a nice thought, I don’t not believe it, it’s fun to kind of think about and think about it that way. Yeah I’d say I do.

Yeah cool, because obviously this film deals with the afterlife and of course the idea of this woman coming back from this place and, you know, obviously the spirits that’s tormenting her that is Isabelle the creepy girl staring through the other window.

Yeah no for sure.

So did you ever try to scare or prank Amanda Crew on purpose while on set?

No I don’t think I ever scared her, but we laughed a lot actually. Sometimes when you’re doing such serious scenes it can get kind of funny and yeah it was a lot of me just…..we actually had two houses that we shot everything in that we were directly across from each other, so in those shots of me looking at her through the window she actually was just in the house next door and I was just staring at her through the window. So that was all true to how it was on film so that was just funny like every day for so long just that same shot of me staring at her.

That’s good. I like how they make things look real because, you know, in movies someone enters a house and then you see the interior and sometimes the interior and exterior isn’t always the same, isn’t the same building, and they do that a lot in movies. So yeah it’s cool when they do something…when they’re able to do that realistically.

Also the scene where I’m freaking out at the end and she’s in my wheelchair, I remember we were laughing a lot during that day

Yeah that was creepy as hell. That was a really decent ending, I liked that.

What advice would you give to anyone who is dealing with loss of a loved one? Because obviously this is about a mother who loses a child…

Good question, I think people deal with that differently, but if you have someone you can talk to or an outlet that helps you cope with what you’re dealing with like writing or some kind of like art form, I think that’s always helpful.

Yeah there was a lot actually. I watched this movie called The Diving Bell and The Butterfly and it was about, it’s a true story, about a man who is paralysed and can only blink his right eye or something, and he writes a whole biography through finding a way to communicate through his caregiver, I’m sorry I don’t think it’s his caregiver, he finds a way to write his biography. So I watched that, that was really helpful, since Isabelle is paralysed and I needed to communicate emotion without speaking, so that was helpful.

Of course yeah, absolutely. Those are great films I (love horror movies?) Carrie and The Exorcist especially.

Yeah, they where a big help.

Absolutely. Are you a horror fan? Did any of those particular horror films scare you or have any other horrors in the past scared you?

Oh yeah absolutely. I’m a huge horror fan, but it started when I was little which is kind of weird, but I’ve loved horror movies since I was little and begged my dad to rent me whatever horror movies I could find when we’d go to Blockbuster usually he would do it which (laughs) is sort of interesting parenting.

But yeah I remember really wanted to see The Exorcist and he wouldn’t do it, that was the one movie he wouldn’t budge with and then finally he did and I think I got to the scene where she was crawling down the stairs like a spider (laughs) and then I kind of looked at him and was like “ok we can turn this off” (laughs) but yeah I loved horror, I still do, I just think it’s so fun to get to be scared.

But yeah Carrie, Exorcist, Rosemary’s Baby, what else?, Blair Witch Project, IT, The Others, original version, any versions good. Yeah big horror fan.

Yeah that’s excellent, those are great choices. Exorcist I haven’t watched in a long time, I need to re-visit it at some point during Halloween season, definitely revisit it because it’s a very unsettling film for me, it’s about the Devil and stuff.

Yeah. What was it like working with Sheila (McCarthy) as well on set?

That’s good because she was in Die Hard 2.

I just remembered she was in Die Hard 2, a great action movie. It’s funny because people argue about whether Die Hard is a Christmas movie or not and then Die Hard 2 takes place during Christmas.

So yeah that’s insane. What upcoming projects will you be working on next? What you got coming up?

So I have a movie called Hotwired in Suburbia about two girls that steal cars and then I have a movie coming out called Endless and that’s about a teen love story that’s a kind of horror/sci-fi movie and that’s with Alexandra Shipp whose in the X-Men movies.

Cool. Any particular movies that you’re excited to see, horror movies or anything horror related that you’re looking forward to soon?

I never saw Midsommar and I really wanted to, so I have to see that.

Oh Midsommar yeah. Apparently I head about a director’s cut which was playing in London but damn I missed out on it.

Yeah, I didn’t get to see it but I heard apparently it’s very good and scary. I honestly was a little afraid.

Did you see Hereditary?

I loved Hereditary I thought it was amazing, Toni Collete was so good.

Awesome. Yeah, just a really touchy subject in this movie Isabelle about her losing her child and all that. Yeah a really good film and I just liked how creepy you where and how you just kept staring at her through the window and, you know, it was a pretty intimidating.

Yeah great (laughs) it was that look at the end that I did, that was my little Norman Bates. 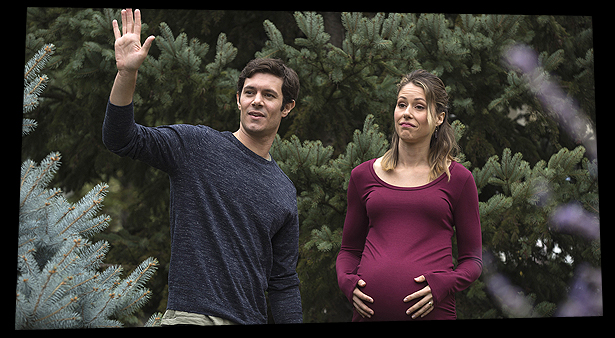 ISABELLE IS OUT NOW