A Conversation with Neil Marshall for KRAKEN SCREAMFEST: THE DIRECTOR’S CUT | The Fan Carpet

A Conversation with Neil Marshall for KRAKEN SCREAMFEST: THE DIRECTOR’S CUT

This Halloween, London braces itself for The Kraken Rum to deliver a unique bar and horror experience like no other, commissioning legendary horror mastermind Neil Marshall to direct every detail of the night. The Kraken Black Spiced Rum is joining forces with the esteemed Hollywood Director to present ‘Kraken Screamfest: Director’s Cut’ – promising to bestow fresh new nightmares on even the most devoted fans of the horror genre.

BE WARNED THOUGH! Neil Marshall, famed for classics The Descent, Dog Soldiers and Game of Thrones, will be terrifying those brave enough to step inside the real-world creation of his darkest imaginings. Everything from the décor and the staff to the Kraken Rum cocktails will have a spine-chilling ‘Marshall twist’, with surprises lurking around every corner.

Marshall isn’t giving any secrets away ahead of the launch, except visitors should expect to be greeted by a few unwelcome souls called The Risen who’ll be your friends (or foes) for the evening, but it may well be your last orders – ever!

So those who scare easily should stay away as The Kraken does NOT do things by halves, and the thrills offered up will no doubt be (almost) as delicious as the drinks on offer!

Neil Marshall, said “Kraken Screamfest: Director’s Cut will be a one-of-a-kind horror experience, inspired by the legendary sea beast, giving people who love my films the opportunity to step into what lurks within my mind when it comes to these creative processes. There are plenty of surprises up my sleeve, and I can promise that this will not be for the faint hearted. The Kraken is famed for explosive experiences, and I’m excited for fans to see a little Hollywood magic sprinkled on its Halloween proceedings.”

In our interview, The Fan Carpet‘s Marc Jason Ali spoke to Hollywood Directing Icon Neil Marshall about why he wanted to collaborate with Kraken, his love for Horror and the impact the holiday has o the masses… 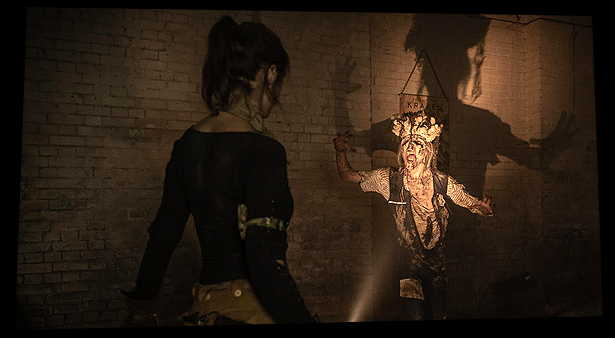 You’ve been making some waves yourselves haven’t you? (laughs) in terms of the filmmaking. Like you had Hellboy earlier this year and you’ve had Game of Thrones, you’ve been doing a lot. So well done.

Yup, been keeping busy. Some good stuff, some not so good stuff, but I’m definitely very proud of my work on Game of Thrones that was great.

Yeah absolutely. I loved that show. Well obviously we’re taking about Kraken ScreamFest now. So what was it about Kraken that first got you involved to want to actually do this and jump on board?

Well it was something fresh and different and never tried before and Kraken approached me kind of out of the blue. I hadn’t any prior relationship with Kraken beyond. They approached me and put this idea forward and it was something I had never done before but it also taps into what I like to do which is to scare the shit out of people. So it was an opportunity to try something new, something fresh, and in a lot of respects it’s quite similar to what I do, just not on Camera but it’s still setting up a performance or setting up a situation.

Yes so there’s this chance to do like an interactive, immersive experience rather than a two dimensional film experience, but the objective is still the same, tell a story, to engaged the audience, to get them sucked into this world and scare the shit out of them, which being Halloween its what are you gotta do?

Well yeah. I watch a show in America called Collider Live, they’ve got a fair few things, it’s part of the Collider brand and one of their on-screen personalities is scared of absolutely everything, his name is Josh Macuga and he’s scared of absolutely everything, and they just did Halloween Horror Nights at Universal (Neil laughs), and there’s a video on their channel that I’ve got to watch. But I do sympathise with him because I would be the same, especially in a room with clowns so (laughs) so (Neil laughs) yeah that’s one of my phobias.

So obviously with the industry changing the way it is and going more into 3D and the virtual reality stuff, do you see that as a logical next step?

I certainly see that, I can certainly see that there’s an expansion of this kind of stuff, I mean, you know, the Halloween Horror experiences, the mazes. I mean over here in the States Halloween is massive, even than Christmas sometimes, it’s a huge holiday beginning of September through to the end of October when the Halloween mazes open up and Horror Nights, because Halloween Horror Nights are only just one small part of it. There are Haunted Sleigh Rides there are other theme parks that do stuff, people build these horror mazes in their own houses, in their own gardens. And beyond that there are even more extreme, which is a new trend that’s sort of started up in the last sort of ten years, these sort of extreme things that these people sort of do, who will literally put themselves through a night of torture or something. I mean it really is like taking things to the next level of what people will do to get their Halloween kick, and I think some of it is probably going a little bit too far, but there’s escape rooms and things like that coming up.

So it is something that’s growing all the time and I think it’s nice to see that the UK is getting more involved in this Halloween stuff because, I love going to the Halloween Horror Nights at Universal every year, checking out their mazes and things like that, it’d be great if the UK did stuff like that as well. It’s just good fun Halloween…what I love about Halloween is that it’s a non-official holiday, it’s a holiday that’s kind of been designed by the people. It’s not a religious holiday, it’s a Pagan holiday if anything, and it’s not a government sponsored holiday, it’s not an official holiday, yet it is part of us, it’s part of growing up, who we are, every year we just want to get scared and scare people and getting in touch with our darker side, and I think that’s pretty cool. So it’s like that these kind of events are coming up and what Kraken can do every year now they’ve gone into this and expanding on it more and I was so proud to be asked to be like the first director, the first film director, to do it and get involved. It is an honour and a privilege.

Awesome. Well, you’ve got that sort of pedigree to your name, you’ve got such great films, you really have. Obviously this isn’t you stepping away from film, what do you have coming up that you’re allowed to talk about?

Well I just finished shooting a new horror movie actually, my first horror movie since The Descent really, called The Reckoning which I’ve just shot out in Budapest and I’m now in the process of editing.

Cool okay. Are you allowed to talk about that or is it all hush hush at the minute?

No I can talk about it. It’s about witch hunts in England in 1665, the year of the Great Plague.

Yeah, really proud of the script it’s certainly very topical I think, you know witch hunts, persecution that kind of stuff, it’s still going on. Not much has changed. And yeah, I wanted to get into something new that I’d never tried before and yeah this is sort of psychological supernatural horror. It’s great fun. 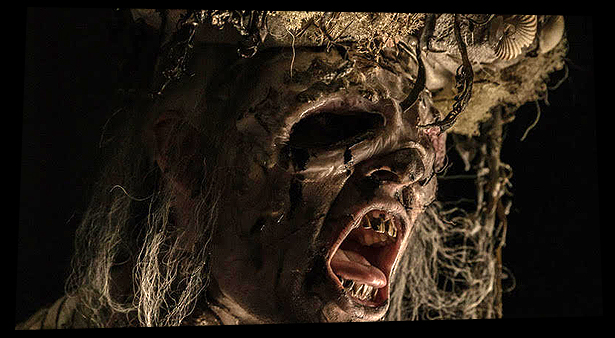 Great. You mentioned before that the UK doesn’t do a lot of them, have you experienced the London Tombs?

Have you done that one?

Yes, I’ve done the London Dungeons or something else maybe, yes I’ve done some horror stuff in London. I think I’ve done that one.

It’s creepy down there, if you haven’t, treat yourself because it’s fun (laughs).

I love all that stuff. I love it.

Yeah if you haven’t been to that one, treat yourself, it’s cool.

Okay, I’m not quite sure how long I’ve got, okay. SO with the immersive experiences, and you’ve talked about it already, but with trying something new, is that something you always try to do within your career? Just do something new and build on what you’ve already done before?

Yeah as much as possible. I like to try and do different genres and try to write different stories within genres or try and do something that’s different from what’s out there, because I’m not one for really following trends too much. But certainly yes I try and push myself and try different things in some form or another each time, there’s just no point in repeating yourself or not pushing yourself each time. So yeah.

Absolutely. So obviously Kraken is going to be coming up and we’re looking forward to that. Do you know if they have any plans to bring it to the UK? The actual attraction, like, doing what they’re doing worldwide. Did they tell you much about their expansion plans?

This year it’s London and Dublin I don’t know if they’re are planning on doing it elsewhere.

Alright okay. And is this a partnership you’d like to continue with?

Yeah it would be good to see what we can do again if I get asked. They might do a different director every year, but we’ll see, it’s been really fun this time, so who knows, it might be an ongoing partnership.

Cool. Well let’s hope so. I think I’ll leave it there, because I don’t know how many more of these interviews you’ve got. Thank you so much for speaking to me today it’s been always a pleasure to speak to you and I look forward to seeing what you do next and yeah.

Well hopefully I’ll be bringing my film to FrightFest next year which would be nice.

Yeah it would be nice to see you again, it would be. You look after yourself, yeah I hope you’re back in the UK before too long.

That’s what I hope. Alright. 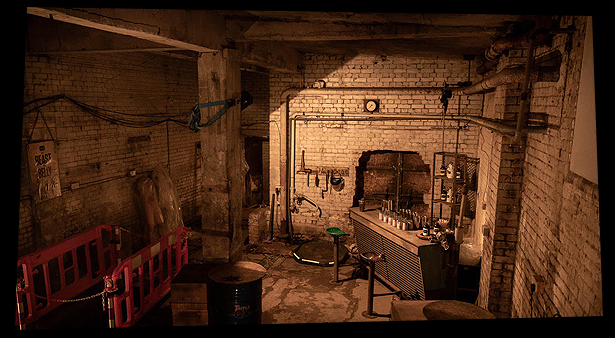 About Proximo Spirits UK
Proximo, which translates as “next” in Spanish, is a premium spirits company based in New Jersey, USA. Proximo Spirits UK launched in July 2013 and today it represents premium brands including the Jose Cuervo® tequila portfolio, The Kraken® Black Spiced Rum, Bushmills® Irish Whiskey, TINCUP® American Whiskey and Boodles® British Gin. Proximo Spirits UK aims to become the next major producer of innovative marketing and new product development within the premium spirits category in the UK. www.proximospirits.co.uk