Lighting The Darkness: A Conversation with Andreea Helen David ahead of the Lighting the Darkness Gala Fundraiser | The Fan Carpet

Lighting The Darkness: A Conversation with Andreea Helen David ahead of the Lighting the Darkness Gala Fundraiser

Andreea started training as a dancer in her hometown in Romania when she was 7 years old, performing in numerous shows, but it was only when she moved in the U.K. that she also started following her acting dream. In 2011 she was part of The National Theatre’s Tour of An Inspector Calls and Richmond Theatre’s The House of Bernard and Alba as Adela. In 2015 she appeared in an episode of Birds of a Feather and played the title role in the RADA Graduation Play – Violet. She also directed and starred in the music video Angry Hill.

Presently she is working on producing Lighting the Darkness an Independent film about dementia.

Born in 1985 and raised in a small town in Romania, Helen’s interesting life gave her the tools to delve into acting with a passion and talent.

Lighting The Darkness will be a film that highlights what brings us all together and defines us as human beings. In a world that is increasingly driven by materialism and selfish desire, it is easy to forget that relationships and connections with others are central to who we are. So what happens when those very elements, the things that make us who we are, begin to be ripped away? What do you do when you wake up and don’t remember vast swathes of your past? Who matters to you? Who do you love? These connections are essential and yet this is the nightmare that thousands of people find themselves battling with. Dementia is now a bigger killer than heart disease.

On the 25th March we hope to entertain you with Live music from Me for Queen, Alice and the Lovers and the pianist Haruko Seki and the film’s Q&A, so please join us as we reveal for the first time why Lighting The Darkness is a film that could change perception of what dementia is about. At the same time it could remind us all of what being human really means.

Yes there was, I remember being 15, sitting on my own at home late at night watching The Devil’s Advocate and starting to wonder how a flm is made…I was gobsmacked by Al Pacino and was wondering what was his preparation, what does it mean for him playing the Devil and how can he do it so damn well. I think it was the first time I said to myself I want to be an actress…I want to do that. It was long time in the making as I had been on stage most of my life as a dancer so a combination of the two borne the desire.

What was it about the film that entice you to get involved?

Being someone else simply, learning things you wouldn’t be able to learn otherwise, and ultimately learning about yourself and humans.

Drama for sure… always been drawn to it. Would love to do comedy as well but though is so challenging.

Writing and directing eventually, one hopes. 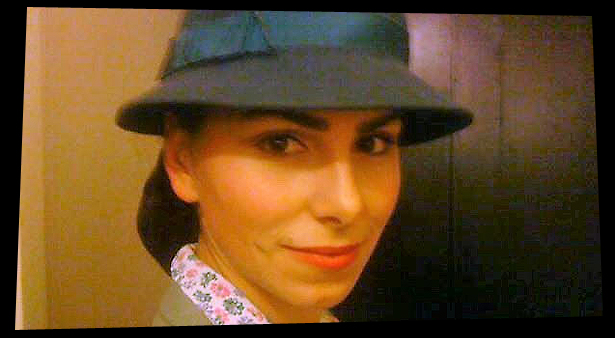 Oh many from the well known as Dame Judi Dench (I am trying to turn into her, I started with the hair) and James McAvoy I think he’s terribly talented …to anyone working hard, having fantastic ideas and applying them.

What else are you working on?

I am at the moment producing the film Lighting the Darkness, that talks about dementia, and in support for it I am also organising a show with live music (Alice and the Lovers, Me for Queen) and the film’s Q&A on 25th of March, at the beautiful venue Rudolf Steiner Theatre in Baker Street. Also I just finished filming a Series called “The Guest” (in which I play Dana, a clean freak housemate that is a mothering kind of personality) and an other ProActors Production, “Miss Julia”, in which I play Maria (a strong and very interesting character that likes stirring spirits). And I am currently filming Our Generation, a film about fashion.

Not really, as I am too busy with my own career 🙂

Is there a book that you are a fan of that hasn’t been adapted to film yet that you’d love to be a part of?

Oh yes, a Romanian fairytale I would love to adapt for screen called The Good and the Bad girl (loosely translated) and Ibsen’s A doll’s House. I would love to play Nora.

And what advice do you have for someone embarking on a career in the Film Industry?
I don’t think I can really give advice but I really have to say something  would be that arts can be and should be limitless and so we should be too. The creativity and hard work can really give you wings and I absolutely love the current movement in creating your own work is fantastic and I am loving it!

About Lighting In the Darkness Gala Fundraiser | Pro-Actors London