Making a Name for Herself in the Acting World: A Conversation with Matriarch's Charlie Blackwood | The Fan Carpet

Making a Name for Herself in the Acting World: A Conversation with Matriarch’s Charlie Blackwood

Charlie Blackwood is a talented British actress who is passionate about film in particular. After training as a dancer at London Studio Centre Charlie’s passion was ignited: in particular for acting on stage & screen and she immediately sought a place at one of the top drama schools in London – Mountview Academy of Theatre Arts, where she was awarded a BA (Hons.) degree in Acting. Charlie made her professional stage debut in Timon of Athens at The National Theatre, and her screen roles include appearing in Great Expectations (BBC TV Mini-Series).

Charlie has worked on numerous short films over the years as well as performing on stage at The Royal Opera House, Tokyo Bunka Kaikan and The National Theatre Singapore. Charlie’s role as Rachel Hopkins in MATRIARCH is her first lead in a feature film and a dream come true for the actress.

Although Charlie likes to engage herself in all genres of the industry (including some producing) she would like to immerse herself in more female protagonist roles in film as she continues to make a name for herself in the acting world.

In our interview, Charlie tells The Fan Carpet’s Marc Jason Ali about her upcoming film Matriarch, her preferred genre and what impact Netflix and Streaming services will have on Cinema… 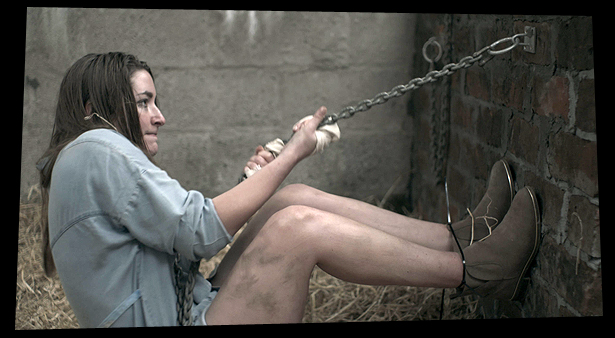 I don’t think there was a specific moment, but for as long as I can remember I’ve been hooked on films. I remember our VHS collection as a child. I used to watch everything over and over again. I could also walk into a room when a film was on and name it within seconds, no matter what part of the film was showing.

That then progressed to a love of cinema too. I try and see almost everything that is released in the cinema. There’s something quite special about the environment, that doesn’t quite match being at home. It was also pretty cool discovering I had the same name as Kelly McGillis’ character in Top Gun – Charlotte ‘Charlie’ Blackwood.

You last were seen on screen as Rachel in Matriarch, which sees a release in April, what can you tell us about the film?

Yes, Matriarch will be released on 9th April by Lionsgate in North America and will be available on DVD, on Digital and On Demand. An expectant mother (Rachel) and husband (Matt) crash their car in the Scottish countryside and are offered shelter by a farmer and his wife. Rachel soon realises there’s something very sinister about the farmers and just as they try to escape from the farm Rachel goes into labour…. I play ‘Rachel’, the lawyer who is eight months pregnant at the start of the film. When faced with adversity, Rachel has to become a fighter. She goes through one hell of a journey and constantly proves to be brave and determined. There’s a lot of despair felt by Rachel, but her courage drives her forward. The role really is a dream come true for me. My character is put through her paces both emotionally and physically. It was a tough shoot for me, very demanding, but I’m so proud of what we achieved.

I don’t have a preferred genre I would say. I like all kinds of films from Action to Art House. Movie wise, it’s hard to pick a favourite because I enjoy so many genres. Interstellar is definitely up at the top though, I’m a huge fan of director/writer Christopher Nolan. I think it’s a bold and beautiful film. A sci-fi adventure grounded by emotional reality.

I would eventually like to direct too. That’s definitely a goal of mine, but further down the line, once I’ve had more time on set as an actress. I assisted Scott Vickers a little in Matriarch. He’s the director and was also playing my husband in the film. So during some of his scenes I would watch the monitor and relay my thoughts back to him. It reinforced how much I’d like to be a director in the future. I’ve also done a small amount of producing which I’m interested in pursuing as well.

You have an eclectic range of credits from Short Films to Feature Film, are there any genres that you haven’t done yet that you’d like to?

I’d like to do some more action. I’ve been working with a brilliant action / fight coordinator called Ian Campbell. We’ve been working on action scenes and he’s been teaching me fight choreography and techniques. If I had the opportunity to work on an action film, I’d like to think I’d do as many of my own stunts as possible. I’ll be working on a Western soon too, which should be a lot of fun!

You’ve worked with a great crop of talent, do you have a wish list of who you’d like to work with?

Oh, yes and the list is long! There are so many talented people, both established and emerging, so it’s difficult to list them all here. Off the top of my head directors Spielberg, Scorsese and Nolan would obviously be on my wish list. I’d also love the opportunity to work with Denis Villeneuve, Damien Chazelle, Alex Garland, Alfonso Cuaron, Derek Cianfrance and Wes Anderson. In terms of actors; Elizabeth Moss, Meryl Streep, Dev Patel, Cate Blanchett, Daniel Kaluuya, Emma Stone, Emma Thompson, Florence Pugh, Gillian Anderson, Leonardo DiCaprio, Idris Elba… the list can go on and on!

Judi Dench inspires me greatly. She’s had such a varied career. I’ve seen nearly all of her films and have been lucky enough to see her on stage too, her voice carried through the auditorium and gave me goosebumps, she’s wonderful to watch. Cate Blanchett has always inspired me. I thought her performances in Blue Jasmine and Carol were sublime. She’s also done some fantastic work on stage with director Benedict Andrews, who’s one of my favourite theatre directors. I’ve met the fantastic Emma Thompson a couple of times, she was absolutely lovely and so much fun. Some of her performances will stay with me forever. I’m also very much inspired by her on going humanitarian and environmental work. I love the work Elizabeth Moss has done on The Handmaids Tale, as both an actress and producer. As I said producing is something that I am becoming more and more interested in, alongside my acting career. Emma Stone inspires me too. I think she’s a wonderful actress and on top of that she raises a great awareness for mental health issues and charity work. 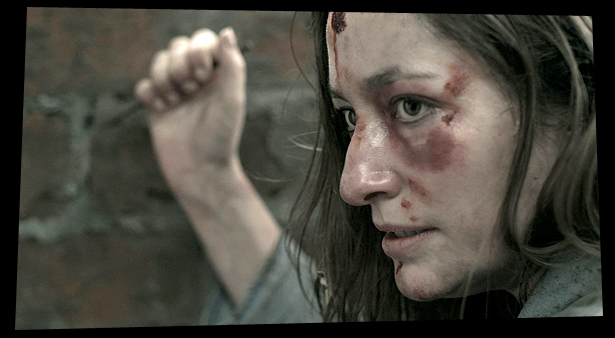 I must say I am a big Marvel fan… but who isn’t right? I’m also a huge fan of Game of Thrones and most Sci-Fi films.

With the emergence of streaming services like Netflix, what do you think the future of Cinema is?

In my opinion there are certain films that you need to watch on the big screen. I watched Interstellar when it came out in the Cinema and the next night I had to watch it in IMAX! It’s an experience you can’t recreate at home. I would say this is the case with Marvel, DC, Star Wars films and nearly all blockbusters. In general, the cinema is my preferred place to watch movies; I can get completely immersed in the full experience.

That being said I’m also very happy to stay at home and burn through an entire season of Stranger Things or Game of Thrones in a single weekend. There is an obvious soaring demand to stream movies at home. It’s more convenient in more ways than one and the original content on streaming services like Netflix is right up there in terms of quality. 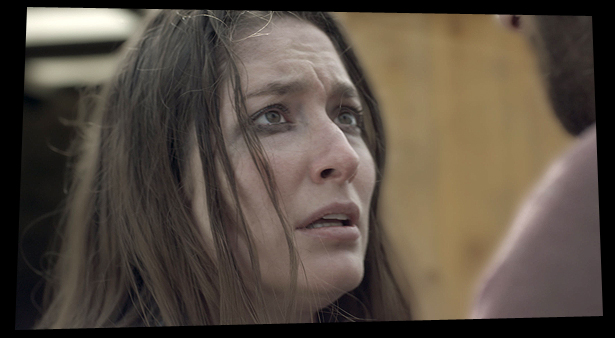 MATRIARCH IS RELEASED ON DVD, DIGITAL AND ON DEMAND APRIL 9