The Magic In Writing: A Conversation With Author Charlotte Byrne For Her Debut Book FOLKED UP | The Fan Carpet

The Magic In Writing: A Conversation With Author Charlotte Byrne For Her Debut Book FOLKED UP

Charlotte is an author, PhD student and Teaching Associate at Queen Mary University of London. Her debut novel Folked Up (2020) is published by Crystal Peake. She has also been published in DIVA Magazine, as well as in anthologies by Fincham Press, New Lit Salon Press, Anchala Studios, and DualBooks.

Her interdisciplinary PhD project combines many of her research interests including creative writing, feminist and queer theory, twentieth-century Catalan literature, and postmemory theory. When she’s not writing, she is a committed dog lover and enjoys travelling, drawing and learning languages.

The Fan Carpet‘s Camila Sayers talks to Charlotte about her love of reading, her process as a writer and much more in this Exclusive interview…

When did you first know you loved storytelling?
I’ve always enjoyed reading and from a young age I tried to emulate whatever world I was into at the time. These were usually short horror stories inspired by the Goosebumps series. There are also some very dodgy drafts of a novel set in WW2 that I wrote when I was a teenager, but it wasn’t until I was at university that I started to take writing seriously. It was beneficial to have a creative outlet while I was studying and I genuinely believe it has saved my mental health on more than one occasion. 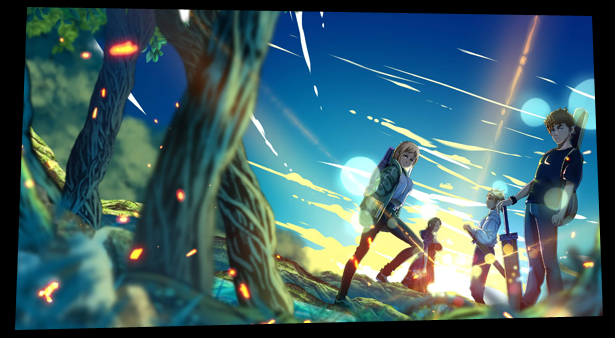 Do you have a favourite project or character(s) you have written?
I will always hold Folked Up close to my heart as it was my first full-length work to be published, and as such it is one I am very proud of. I consider the characters to be very good friends and it’s fun to think about what they might do in situations that I come across in my everyday life! However, I think my short story Georgy Girl (published by Fincham Press in In Which Dragons Are Real But, 2018) is my favourite standalone piece. It was one of those rare occasions where most of the story just poured out onto the page and I didn’t have to edit it too heavily, and I’ve been told that it is just as creepy as I intended it to be.

Please tell us about your first published novel, Folked Up.
Folked Up is a YA comic fantasy novel about a young musician called Matty who has to stop the ritualistic killing of his girlfriend after they sing from a cursed book of folksongs that sends them to the parallel world of Old England. With the help of a misunderstood witch and a plucky swordswoman, Matty has to fight his way through this world to find Sandy and stop a grieving lord and his evil adviser from killing her before the sun sets on May Day. It was my intention to make British folksong accessible for younger readers who may not be familiar with its exciting stories, as well as to write a novel in my own working class voice, which was a liberating experience for me. 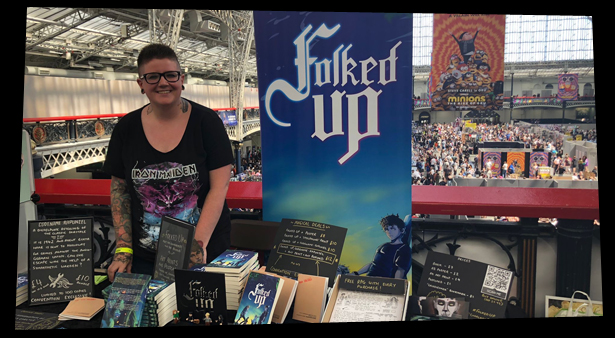 What is your process as a writer, from first idea creation to finishing?
My process changes a lot depending on the work. For example, Folked Up originally started life as a screenplay before I decided that it would be better as a novel, and this helped speed up the process immensely as much of the plot was already written. My other work has taken much longer, particularly if there is a lot of research to do as with some of my historical pieces, and sometimes it can be hard to find a voice for characters from different time periods without sounding contrived or inauthentic. The voice is always the most important thing for me, and getting it right helps me to develop the characters, which always come before the plot for me. I will always have an idea of how I want the story to end, and I will write towards that end. Because of this, I tend not to write chronologically; instead, I’ll jump back and forth and link extracts later, which I imagine can be quite annoying for some of my friends who sometimes read things while I’m drafting!

You have published work through a publisher and also self published, what are the key take aways to getting your work out there?
I think the most important thing is to be persistent and have faith in your work. I approached over sixty different agents and publishers with Folked Up and at times the process was very demoralising. It’s true that sometimes you never hear back, and at other times they respond with criticism that can be quite hard to accept and take on board. Having been at the receiving end and also giving others such feedback in my role as a teacher of Creative Writing, I would recommend listening to any criticism and advice given and incorporating revisions based on what the feedback has been like. However, I also think that trusting your gut is important, so it is important to find a good balance. With that scary stuff being said, it is very exciting when people in the industry turn around and tell you that they like it and want to read more!

In terms of the self-publishing route, which can be quite divisive, I believe it can be a rewarding experience because it teaches you a number of skills that can come in handy when dealing with publishers as well as other areas of your life. It’s a great option if you want to have complete control over a project. However, your success with it can depend on how much effort you put in because you are responsible for all aspects of production and marketing and sometimes this can be quite costly. Of course, everyone’s journey is different and it is important to follow your instinct and go with what you feel is best for your work. 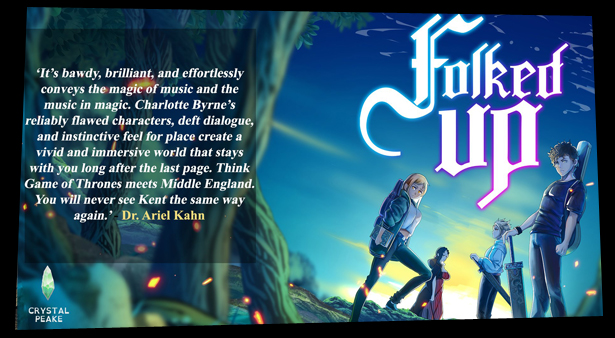 Who are some of your favourite authors/books and why?
Sarah Waters is the author that inspired me to start my own writing journey. I was given a copy of Tipping the Velvet for my thirteenth birthday and I finally felt like I’d found a book that was written especially for me. Naturally I wanted to emulate that and wrote some of that questionable historical fiction that I mentioned earlier that will never see the light of day again! I like to read across genres, though, and Scott Westerfeld’s Leviathan series (a YA steampunk adventure) is also a firm favourite of mine. His writing is flawless, the characters are beautifully developed and I have reread the series a number of times and have noticed something new every single time.

What advice would you give to aspiring writers?
The most important things I’ve learned concern the process. I’m a big fan of writing things longhand before typing them up; not only does it help me to connect to the work more, it is also far less intimidating than sitting down at a blank page. With this in mind, I’d recommend not expecting perfection immediately; most of my first drafts have been dire and I believe it’s necessary to write loosely and without too many restrictions in order to figure out the story and the characters. The editing and rewriting stages are more important, at least in my opinion, so give yourself permission to write badly! When it comes to editing and rewriting, I would always err on the side of clarity and concision instead of overthinking it and using complex language – your reader will be grateful for it! Additionally, there is no such thing as the perfect writer’s routine. If you can only write for 5 minutes one day or miss a few days, that’s totally acceptable. Finally, at the risk of using a cliché – never give up!

What upcoming projects can you share with us?
I am working on a few different projects at the moment! As well as a sequel to Folked Up, I am writing the script for a manga that I can’t say too much about, but it is a very new and fun process that is quite unlike any writing I have ever done before. I am also writing a historical novel as part of my PhD work, which has a completely different vibe all together. This novel explores the experiences of queer Catalan women during the Spanish Civil War and the early years of Francoism and is my primary focus at the moment. I have done a lot of research for this book and am very pleased with the way the first draft is going; as such, I can’t wait to share it with you!

FOLKED UP IS AVAILABLE NOW AT AMAZON