Hollywood and Harvard just don't seem to go together. Even the companies around the world nowadays are putting talents ahead of college degrees. Most of the celebrities chose to struggle in Hollywood over attending college lectures and doing assignments. However, there are some exceptions. If you are planning to drop out of college because you think it's cool or that's what most of the celebrities and tech CEOs did, you might want to think again.

Most actors found reading scripts easier and ended their academic careers. That way, they didn't have to worry about writing academic papers or dissertations. However, some of us choose to finish our course of study before applying for a job, either in Hollywood or elsewhere. But it can be challenging for a student to write quality papers online, especially while juggling multiple courses. In such cases, using Edubirdie may be the perfect solution to provide you with the dissertation help from professional writers at the best prices. You can be sure that stars also sometimes ask for help. 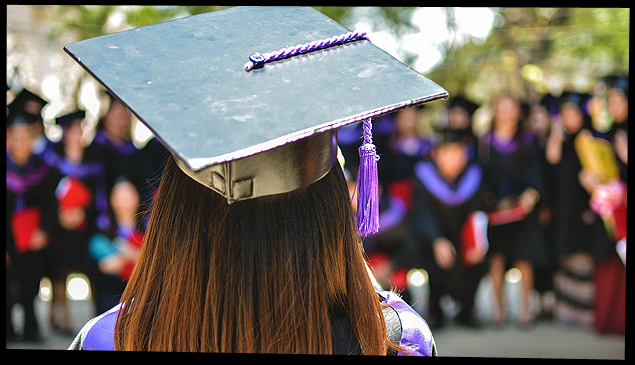 While most actors may have foregone this step altogether, some of our all-time favourites went one step further than the rest to earn advanced college degrees. Here are some actors with college degrees:

'The Hangover' literally doesn't kick in without Ken Jeong in the movie. We know him as the gangster Leslie Chow from 'The Hangover' trilogy, and we love him. But it may come as a surprise to you that this famous gangster is a licensed physician. He earned his medical degree from the University of North Carolina in 1995.

Our Mr. Olympia and 'Terminator' not only became the Governor of California, but he also went to the University of Wisconsin from where he received his Bachelor's degree in business administration and marketing in 1980. Even though some of us still struggle with pronouncing his last name right, he is one of the top celebrities with advanced degrees.

He made our childhood beautiful with his timeless role as 'Mr. Bean'. But don't be too quick to judge him. He earned his master's degree in electrical engineering from Oxford University, UK, in 1975. You may not want to mess with the best British Detective Johnny English.

Though he played the role of Steve Jobs as a college dropout in the biopic 'Jobs,' Ashton Kutcher is one of the few actors with degrees in science. Before he got his big break in the late 90s, he was a biochemical engineering student at the University of Iowa, where he wanted to find a treatment for his brother's heart ailment.

For James Franco, the decision to drop out of the University of California in 1999 was a bad decision, which he regretted later. To make up for it, he re-enrolled again in 2006. He was determined because he was granted the university's rare permission to take up to 62-course credits per quarter where the standard limit was 19. Franco accomplished this feat while playing the role of Harry Osborn in the 'Spider-man' trilogy. He is said to be working on his Ph.D. in English from Yale University.

For Bialik, being a reel-life neurobiologist wasn't enough. She holds a Ph.D. in neuroscience from the University of California. No wonder she gracefully brings the character of Amy Farrah Fowler to life in 'The Big Bang Theory.' She is also a writer of several books like 'Beyond the Sling' and 'Girling Up.'

She may act a little dim-witted as Phoebe Buffay in the popular American sitcom 'Friends,' but don't let her fool you with her on-screen appearance. She is a brilliant celebrity who earned her biology degree from Vassar College. She worked as a medical researcher before she became famous as Phoebe.

Hugh Jackman is the perfect combination of quality talents and brains in Hollywood. Before he went on to be one of the most talented actors in Hollywood, he earned his Bachelor's degree in Communications from the University of Technology in Sydney back in 1991. To bring his role to life, he further graduated from the Western Australian Academy of Performing Arts in Perth.

Life needn't necessarily be 'either and or.' Besides these top seven most educated celebrities, many other celebrities in Hollywood have excellent academic records. Some had it before they took acting as their career, while others did it simultaneously. Hollywood is blessed to have them. These stars are a great source of inspiration for the young generation who are exposed to the fad of dropping out of college. Students need not sacrifice their education for a career anywhere.