The online summit will be held between 18th - 20th November

Future of Film is pleased to announce that Jason Blum will deliver the opening keynote speech on 18th November at the 2020 digital summit.

Following the inaugural event at the BFI last year, the Future of Film Summit returns with an immersive, fully interactive, live digital experience unlike any other film event. Taking place across three days, the summit is dedicated to exploring the groundbreaking technologies, creative processes and commercial models that are revolutionising film in the new landscape. Through discussions with a global network of creators, storytellers and engineers of moving images, the organisation seeks to answer one question: ‘What is the future of film?’.

Alex Stolz, Future of Film, Founder, said “We are delighted that Jason will be opening this year’s programme. Blumhouse Production’s pioneering approach to filmmaking and highly effective business model is successful both commercially and with its empowerment of creative and artistic freedom. His prevailing commitment to innovation aligns with our mission to highlight the trailblazers that are dismantling the traditional forms of storytelling and forging new paths.” 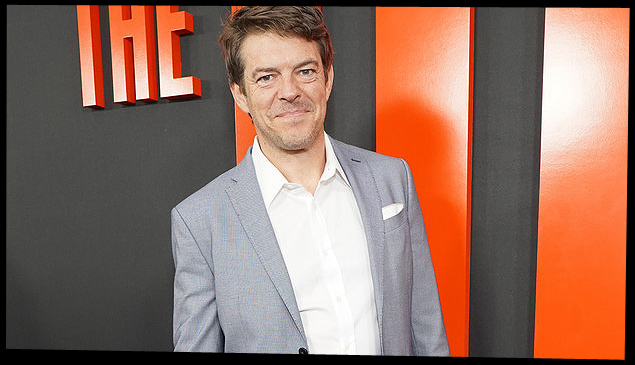 With Future of Film’s most ambitious and extensive programme yet, this online edition will utilise multiple channels and initiatives to bring together the pioneers of film who define the future of the industry, focusing on the three critical strands: Storytelling, Innovation and Reimagine. From keynote speeches to panels, debates, live Q&As and in-depth workshops and bespoke networking, the summit will investigate the intersection between business models, audience behaviour and technology and how they are transforming the way stories are told, sold and consumed.

Alex Stolz, said “Future of Film was born out of a desire to build a creative space which informs and inspires filmmakers and the wider industry. During a time of uncertainty, we are excited to share the incredible possibilities that are emerging for storytellers. This year, we plan to push the boundaries of a virtual event to explore these opportunities and collectively create a future of film which is inclusive, sustainable and founded on innovation and creativity.”

Future of Film is proud to be partnering with Hovercast, the premium virtual events company at the forefront of modern live events taking place in the digital world. With their unique user interface and interactive audience participation, Hovercast presents more than just a typical webinar. Hovercast’s previous partnerships include Facebook, Audi and Wieden+Kennedy.

Join us, play your part and discover the FUTURE OF FILM.

ABOUT FUTURE OF FILM
Future of Film is founded and led by senior film executive, strategist and broadcaster Alex Stolz. The organisation encompasses the Future of Film Podcast, the annual Future of Film Report and the recent video series Rebels of Storytelling – with the mission of inspiring, informing and empowering filmmakers and forging film's future.

ABOUT JASON BLUM
Jason Blum, founder of Blumhouse Productions, is a three-time Academy Award®-nominated, two-time Primetime Emmy Award-winning and a two-time Peabody Award-winning producer. Blumhouse is known for pioneering a new model of studio filmmaking: producing high-quality micro-budget films and television series, and his multimedia company is regarded as the driving force in the horror renaissance.

Through Blumhouse, he has produced over 150 movies and television series.

In film, Blum has produced the lucrative, iconic, genre franchises like Halloween, Paranormal Activity, Insidious, Happy Death Day, Sinister and The Purge, among several others. More recently, he unleashed a fresh, successful take on The Invisible Man, directed by Leigh Whannell and starring Elisabeth Moss, that grossed over $122 million. Blum’s additional feature film credits include, but are not limited to: The Hunt; Glass from M. Night Shyamalan; Spike Lee’s BlacKkKlansman; 2017 blockbusters Split from M. Night Shyamalan and Get Out from Jordan Peele; The Gift; Unfriended; Whiplash; and The Visit.

Blum’s television company successfully relaunched three years ago as a vibrant independent studio producing almost 15 series with different networks and streaming platforms, including but not limited to Sharp Objects for HBO; The Loudest Voice for Showtime; A Wilderness of Error for FX; The Good Lord Bird for Showtime; among several others. The company is also in production on a slate of streaming films for Amazon, that are released under the banner, Welcome to the Blumhouse, and they're also in production on Into The Dark, a monthly horror anthology series for Hulu.

The indie studio has also earned critical acclaim, including a Golden Globe and Critics Choice Award for Sharp Objects; a Golden Globe award for Russell Crowe’s performance in The Loudest Voice; and Emmy awards for its productions of The Normal Heart and The Jinx, for HBO. The division also produced feature-length documentaries, with projects that include: A Secret Love, from executive producer Ryan Murphy, for Netflix; This Is Home, the 2018 Sundance Audience Award winner (World Documentaries) and recipient of the prestigious duPont/Columbia School of Journalism Award and Bathtubs Over Broadway, the lauded documentary.

Blum has been recognized by TIME magazine’s 100 list of the world’s most influential people and has appeared several times on Vanity Fair’s “New Establishment List.” In 2016, he received the Producer of the Year Award at CinemaCon. Jason is on the Board of The Public Theater in New York, the Sundance Institute, Vassar College and the Academy Museum of Motion Pictures. Before founding Blumhouse, Blum served as co-head of the Acquisitions and Co-Productions department at Miramax Films in New York. He began his career as the producing director of the Malaparte Theater Company, which was founded by Ethan Hawke.

He is married to screenwriter Lauren Blum and they have a daughter, Roxy, and a son, Booker.