The acclaimed writer-director will receive the Dilys Powell Award for Excellence in Film at the UK film critics' special 40th anniversary ceremony on 30th January.

The UK's leading film critics today announced that Sally Potter will receive their top honour, the Dilys Powell Award for Excellence in Film, at the 40th London Critics' Circle Film Awards presented by Pearl Pictures Productions on 30th January at the May Fair Hotel.

In response, Potter said "To be honoured by critics is an exceptional joy. To be honoured in Dilys Powell’s name is to be blessed by a legend, someone whose love for the films that she wrote about so fluently was held by an archaeological knowledge of the history of cinema. I met her just once, when I was starting out as a filmmaker. Her critical gaze and precise language was uncompromising but respectful and therefore encouraging, which is all anyone ever needs. It is very moving to imagine those beady eyes looking at me again several decades later."

London-born Sally Potter OBE made her first 8mm short film at age 14, and then in 1983 wrote and directed her first feature The Gold Diggers, starring Julie Christie. Her breakthrough film was the 1992 Oscar-nominated drama Orlando, based on the Virginia Woolf novel and starring Tilda Swinton in her breakout role. Subsequent award-winning features include the BAFTA nominated The Tango Lesson (1997) in which she starred as a filmmaker named Sally,

The Man Who Cried (2000) with Cate Blanchett and Johnny Depp, the poetic Yes (2004) with Joan Allen, the colourfully experimental Rage (2009) with an all-star cast led by Judi Dench, Ginger & Rosa (2012) with Elle Fanning and Alice Englert, and the blistering political comedy The Party (2017) with Kristin Scott Thomas, Timothy Spall and Patricia Clarkson. 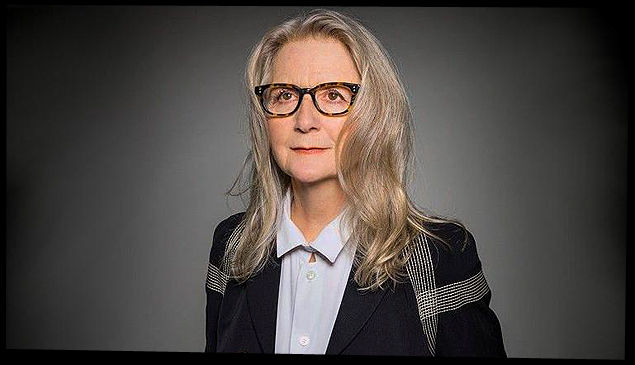 Known for her bold approach to filmmaking, Potter has had a major impact on the industry by crushing stereotypes, discovering new stars, refusing to shy away from provocative material and taking risks with genres. With a background in choreography, she has also directed opera, including Bizet's Carmen for ENO (2007). Her book Naked Cinema: Working With Actors was published in 2014. She has recently completed production on her latest film starring Elle Fanning and Javier Bardem. The story recounts a turbulent 24 hours in the life of a father and daughter.

As this year marks the awards' 40th anniversary, the Critics' Circle will give out multiple special honours at their gala ceremony, in addition to the regular line-up of awards in various international and British/Irish categories. A full list of nominations and special awards will be announced on 17th December at The May Fair Hotel by British actors Jenn Murray and John Dagleish.

The 40th London Critics' Circle Film Awards presented by Pearl Pictures Productions will be held on Thursday 30th January at the May Fair Hotel, part of the Edwardian Hotels London group. The red carpet event is also sponsored by the May Fair Hotel and Rémy Martin.

The Dilys Powell Award for Excellence in Film:

About The Critics' Circle
Established in 1913, the Critics' Circle is the oldest organisation of its kind in the world, with more than 400 members who work in the UK media as critics of art and architecture, books, dance, drama, film, and music. Chaired by critic and broadcaster Anna Smith, the Film Section membership is made up of more than 145 UK film critics, broadcasters and writers, including the BBC's Mark Kermode, The Guardian's Peter Bradshaw, The Evening Standard's Charlotte O'Sullivan and Metro's Larushka Ivan-Zadeh, and has presented its awards annually since

About Pearl Pictures Productions
Founded by American-born producer Zachary Weckstein and based in The Netherlands, Pearl Pictures Productions combines European and American approaches to filmmaking. With a desire to make films happen, the group's motto is "nothing is impossible", which is echoed in their specific style and expertise in putting a project together. Weckstein completed his master's with honours at London Film School, and has produced short films in various genres. His first feature, The Host, is released globally by Vertical Entertainment on 17th January.

About Edwardian Hotels London
Edwardian Hotels London is one of the UK’s largest privately owned hotel groups, which has been operating and developing its portfolio of five and four star luxury hotels since Jasminder Singh OBE began his career in the hospitality industry in 1977. Edwardian Hotels London owns and operates the May Fair, the Edwardian Manchester, both part of premium lifestyle brand Radisson Collection, 10 Radisson Blu Edwardian hotels across London and a range of luxury restaurant and bar brands, including the award-winning Kitchen concept restaurants: May Fair Kitchen, Bloomsbury Street Kitchen, Peter Street Kitchen, Leicester Square Kitchen, Monmouth Kitchen and May Fair Bar. Edwardian Hotels London is currently engaged in its latest project, the Londoner. Set to open in June 2020, the first super boutique hotel in London’s Leicester Square will incorporate a luxury lifestyle hotel, six concept eateries, bars, spa and private screening rooms. It is a member of Preferred Hotels & Resorts’ prestigious Legend Collection.

Final-round votes will be due on 5th January, with winners announced at the ceremony on 30th January. In addition to two Dilys Powell Awards for Excellence in Film and a special 40th Anniversary Award, the members of the Critics' Circle Film Section will vote in the following categories: