The Fan Carpet are excited to present the Acorn TV UK July 2020 Calendar with highlights and list of new to Acorn TV titles. July takes in great British drama including the streaming exclusive of The ABC Murders, Sarah Phelps’ lauded Agatha Christie adaptation with John Malkovich and Rupert Grint for its streaming exclusive, and UK premieres of hit world dramas including lauded Scandi-noir The Sommerdahl Murders.

We are also thrilled to announce that the critically acclaimed BAFTA-nominated series Elizabeth is Missing starring the multi-award-winning, legendary actor Glenda Jackson, who returns to the screen with a powerful heartrending performance, will be available to stream on 31 July. Also look out for the action-packed high-stakes thriller Straight Forward, the first ever Danish /New Zealand TV co-production that’s been making waves internationally and renowned Swedish drama The Restaurant that has been lauded as the next Downton Abbey, plus the much-love drama Good Karma Hospital series 1 and 2 and Kim Cattrall’s Sensitive Skin Season 1. 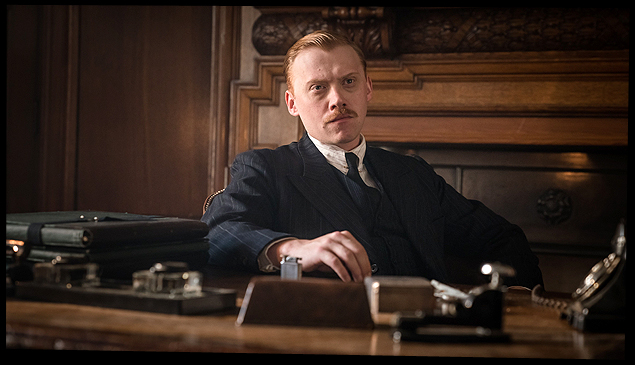 Adapted by renowned writer Sarah Phelps this thrilling murder mystery is set in 1933, where a much older, greyer Poirot is no longer in the public eye. When anonymous letters start to arrive threatening murder, he must take matters into his own hands.

A killer travels the length and breadth of Britain committing heinous crimes and taunting the celebrated detective. As Poirot tracks the murderer across a divided country, the case becomes personal and forces Poirot to face his own questions. Who has he become to survive in a foreign land, surrounded by strangers, and is the only person who truly understands him, a deranged, out of control killer? 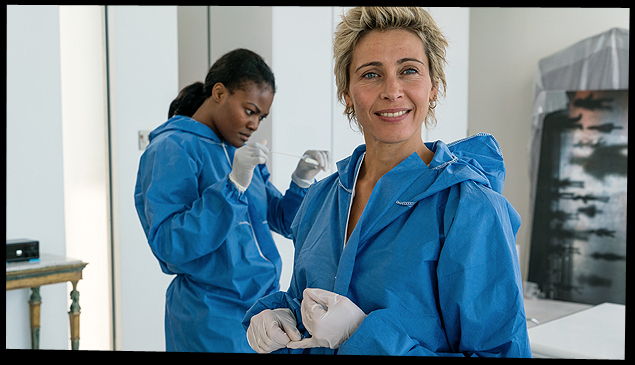 Hit scandi-noir police drama The Sommerdahl Murders based on the bestselling Dan Sommerdahl books from Anna Grue, one of Scandinavia’s most successful crime fiction writers, aired in Denmark (March, 2020)  to great acclaim and makes its UK premiere on Acorn TV.

This eight-part drama follows Dan Sommerdahl (Peter Mygind) and his best friend, detective superintendent Fleming Torp (André Babikian) as they investigate complex murders in the Danish coastal town of Helsingør. When Dan’s wife Marianne (Laura Drasbæk) has an affair, their personal lives become almost as complicated as the mysteries they’re trying to solve.

“A direct hit on the senses. It has it all. Action, intrigue, romance, and fantastic scenery…You really cannot go wrong” – Electric Pop

This gritty, dual language (English and Danish) drama, takes us on an adrenaline-fueled ride across the globe in a tale of revenge, danger and redemption. Danish con-woman Sylvia Petersen (Cecilie Stenspil, The Protectors, Badehotellet), has her life turned upside down when her father is murdered in cold blood. Reeling from his death, she plots revenge on crime kingpin Ravn (Mark Mitchinson, The Hobbit, Rake). But when the job goes wrong, Sylvia is forced to flee, leaving her mother (Vibeke Hastrup, Babette’s Feast) and daughter (Marie Boda, Anna) behind. A master of disguise and deception, Sylvia holes up in picturesque New Zealand, where she befriends a local café owner and his son (Matthew Walker, Filthy Rich). Can she save her family from the other side of the world?

“As brave, bold and ambitious as they come” – Drama Quarterly

This award-winning Swedish drama has been lauded as the next Downton Abbey.  A sprawling ensemble drama that begins at the end of WWII and runs across two decades, it  follows the ever-changing lives of the Löwander family and the renowned restaurant that they run. Starring Suzanne Reuter, Mattias Nordkvist and Adam Lundgren.

Fri 3rd July
Agatha Raisin Series 3 – As The Pig Turns – Complete Series 3 available to stream
The final mystery in the series. TV favourite Ashley Jensen (Ugly Betty) plays the eponymous sleuth. After a turbulent few weeks Agatha Raisin is determined to move on with her life and put the past firmly behind her. However, her plans are quickly derailed when a gruesome discovery at a the village fayre leaves all of Carsely fearing for their safety. 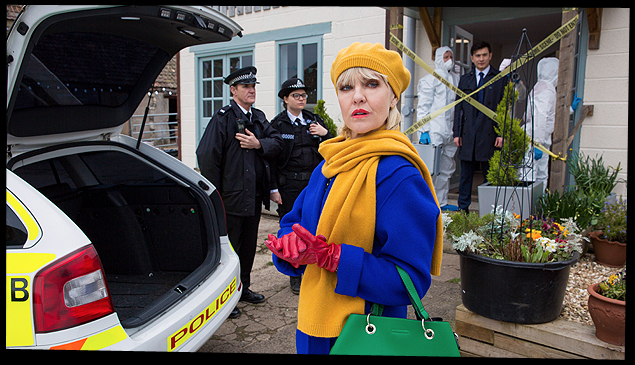 Mon 6th July
Agatha Christie’s ABC Murders (Streaming Exclusive)
John Malkovich takes on the iconic role of detective extraordinaire Hercule Poirot in the acclaimed BBC adaptation by Sarah Phelps of Agatha Christie’s seminal book. This thrilling murder mystery follows an older, greyer Poirot, who is now out of  the public eye. When anonymous letters start to arrive threatening murder, he must take matters into his own hands to catch a monstrous killer who taunts him across a divided country. 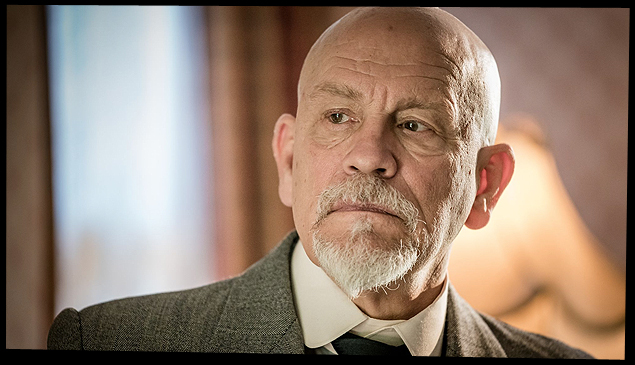 Dead Still Eps 3 & 4
This Acorn TV Original is a morbidly comic period drama, set in Victorian Dublin, where post-mortem photographraphy is at its height. A discovery of missing camera equipment, sees Blennerhasset (Michael Smiley) and Nancy (Eileen O’Higgins) travel to an unsavory part of Dublin to track down Molloy (Kerr Logan), who has also disappeared. A death in their own family makes for a very difficult photo shoot. 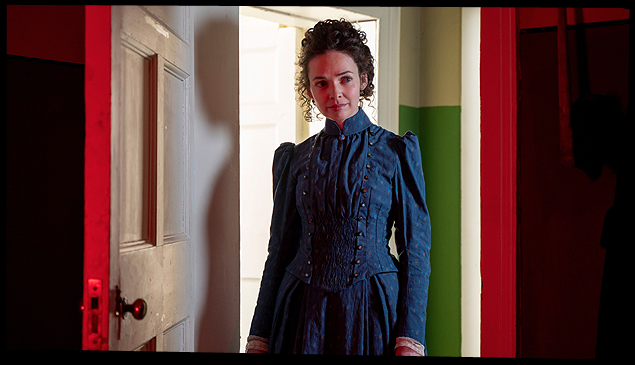 This acclaimed remake sees Hollywood star Kim Cattrall in the lead as Davina,  a longtime married woman who upsticks with her husband (Don McKellar, Slings & Arrows) from their comfortable family home to a hip downtown condo, to breathe life into their 30-year relationship. But the move doesn’t help Davina’s emptimness and Ieads to a disturbing breakdown, could this lead to the change she really needs?

The hugely popular ITV drama is a spoonful of sun-drenched TV medicine, set on the stunning shores of South India. We join the close-knit, hardworking team at the run down, but resourceful medical centre in the tropical Indian coastal town, led by the formidable Dr Lydia Fonseca played by Amanda Redman (New Tricks). Junior doctor Ruby Walker (Amrita Acharia, Game of Thrones), moves to Kerala looking for a fresh start and a distraction from her broken heart, and joins the team that finds her working alongside Dr Gabriel Varma (James Floyd, Dream Team). Could romance be in the air?  Neil Morrissey (Line of Duty) stars as Greg, a local bar owner and Lydia’s on-off boyfriend. 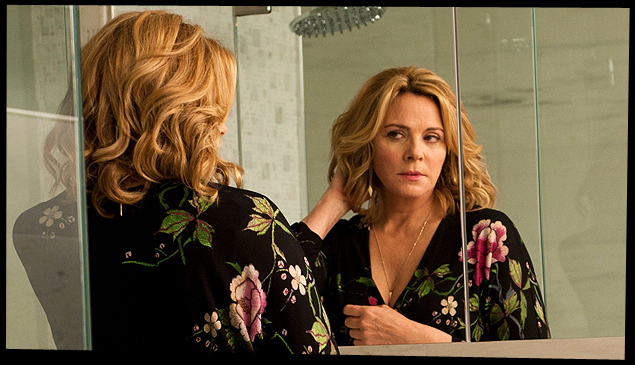 13th July
Dead Still Eps 5 & 6 – SEASON FINALE - Complete Series now available to stream
After yet another dead body turns up, detective Regan tries to piece together the events of a séance and discovers Blennerhasset and his associates were there. An illicit photo album in their possession, could implicate Blennerhasset in a crime and soon all their lives are in danger. 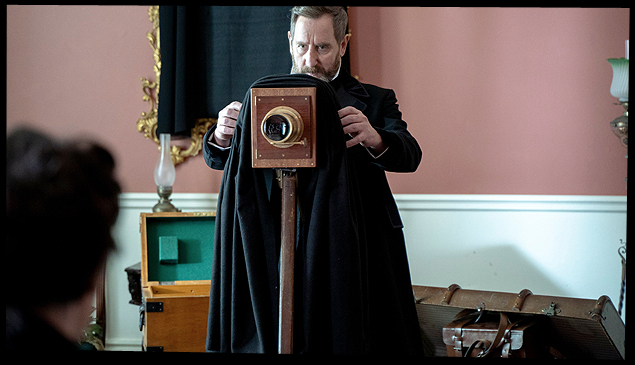 Described as ‘Australia’s answer to True Detective’, this riveting, ambitious crime drama based on the film of the same name,  is set against the stunning backdrop of Australia’s outback. Aaron Pederson (Jack Irish, A Place To Call Home) reprises his critically acclaimed role as Jay Swan, a tough indigenous detective, who is brought in to investigate the shocking disappearance of two young men in a remote town, alongside tough-as-they-come cop Emma James, played by multi-award winner Judy Davis (Feud, Serving in Silence). 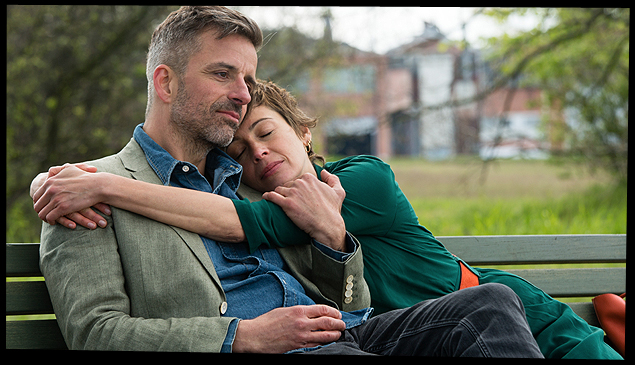 27th July
Straight Forward Series 1  (Streaming Exclusive and Acorn TV Original)
This action-packed eight-part, high-stakes thriller set againt a stunning backdrop, takes us on an adrenaline-fueled ride across the globe in a tale of revenge, danger and redemption. When her father is murdered in cold blood, Danish con-woman Sylvia Petersen (Cecilie Stenspil, The Protectors, Badehotellet), has her life turned upside down and must leave her family behind in Denmark and relocate to New Zealand.

The Restaurant Series 1
Described as the Swedish Downton Abbey, this sprawling ensemble drama begins at the end of WWII and runs across two decades, following the ever-changing lives of the Löwander family and the popular restaurant they run. 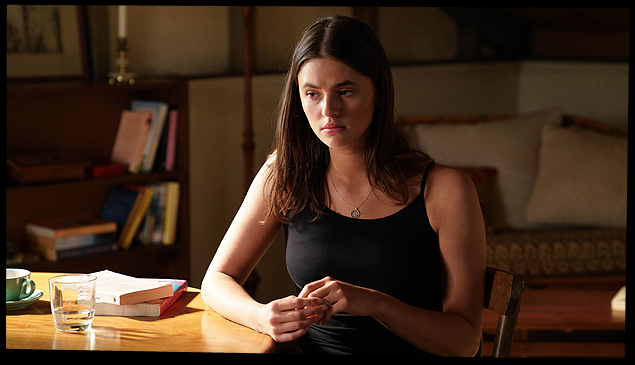 This critically acclaimed, BAFTA-nominated series based on Emma Healey’s riveting debut novel originally aired on BBC One, and stars the multi-award-winning, legendary actor-turned-politician Glenda Jackson, who returns to the screen in a powerful, thought provoking role. She plays Maude, an 80-year-old grandmother with Alzheimer’s who is determined to find her best-friend Elizabeth, who has mysteriously disappeared. But dementia threatens to erase all the clues, giving the search a poignant urgency. Also starring Maggie Steed, Sophie Rundle and Mark Stanley.