Global content creation and distribution company ADD Content has signed a deal with Vikram Malhotra-led Abundantia Entertainment to develop an Indian remake of hit YA drama The Missing. The original series, created by Yaron Arazi and produced by ADD Content, has had three hit seasons on Nickelodeon in Israel and has recently been commissioned for a fourth.

Abundantia Entertainment is India’s premier content creator with a focus on the progressive, evolving Indian youth sector, and will adapt The Missing under ‘FILTERS’ – its new content vertical focused on creating IP in the young adult genre.

The Missing is a compelling young adult skewed thriller which follows Emma and Alon, a brother and sister who move to a small town and quickly find out that nothing is quite as it seems in their new neighbourhood. The ground water supply has been geologically poisoned, and three teenagers from their high school died under mysterious circumstances a few months earlier – but when an unexplainable photograph of them surfaces, the siblings begin to doubt that they know the full story. 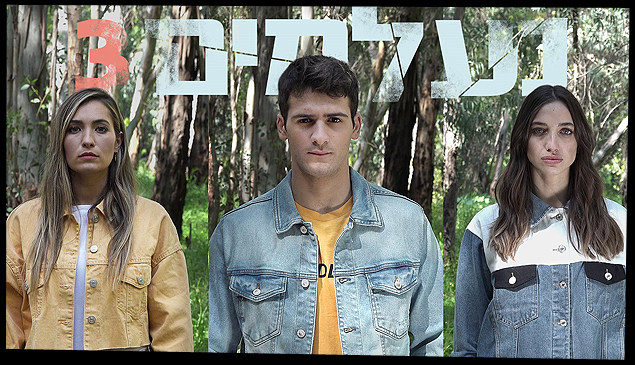 Hadas Mozes Lichtenstein, Founder and Head of International at ADD Content said “The Missing is a gripping series which has built up a strong fan base in Israel, and we’re confident that with Abundantia’s track record of hits for this generation and unrivalled local understanding of the market, we can replicate that success for a whole new audience. We’re also thrilled to be expanding ADD Content’s footprint in Asia with this deal, which marks our commitment to bringing compelling content to this market.”

Founder and CEO at Abundantia Entertainment, Vikram Malhotra, added “Abundantia has an exciting slate of films and premium original shows in development and production with some of the best creators in the business. At Abundantia, we have always believed in challenging the status quo and disrupting the way stories engage and impact their fans. I am delighted that we have found an amazing YA-focused story in The Missing and a like-minded partner in ADD Content. I look forward to working with Hadas and her team to create the same magic with The Missing in India.”

About ADD Content
ADD Content is a global content creation, distribution and talent management agency, headquartered in Israel. ADD’s slate spans television programming and feature films, and currently includes over 150 internationally successful unscripted and scripted projects. Notable deals include the sale of critically acclaimed drama “Fauda” to Netflix, where the series is now in its second season, and Tom Salama and Daphna Levin's Canneseries award-winning “Miguel” to Canal+. “Euphoria”, an A24-produced series for HBO starring Zendaya and penned by Sam Levinson (Wizard of Lies), is currently on air globally. ADD Content brokered the original deal to bring the format to HBO, and Hadas Mozes-Lichtenstein serves as an EP on the current version, which has recently been recommissioned for a second season.

The company has an exciting slate of films for 2019 and beyond, top-lined by a film on the math genius, ‘Shakuntala Devi – Human Computer’, starring Vidya Balan, ‘Durgavati’ – a scary-thriller featuring Bhumi Pednekar and the biopic of the Indian Badminton champion and coach, Pullela Gopichand. Also in the pipeline is the official remake of Hollywood hit ‘Begin Again’, the Hindi remake of acclaimed Malayalam hit, ‘Angamaly Diaries’, as well as films by talented film-makers like Suresh Triveni, Amit Masurkar, Bharatbala, Nishikant Kamat and Aarif Sheikh among others.

In 2017, Abundantia created a buzz in the digital space with India’s premiere Amazon Original, ‘Breathe’. The show is currently in post-production for its second season, which marks the digital debut of movie star Abhishek Bachchan. In March 2019, Abundantia also announced its latest series, ‘THE END’, which has superstar Akshay Kumar leading the cast. ‘THE END’ is also an Amazon Prime Original and is being heralded as India’s first global tent-pole show. There is an active pipeline of digital content under development at Abundantia, which includes a serialized drama based on the book ‘Men Who Killed Gandhi’, and a multi-season procedural series on the bestselling ‘Rita Ferreira’ crime-thrillers.