Season 3 to address ‘The New 3Rs – Relationships, Respect and Resilience’

Bidaya, the leading children’s education Arabic content developer in the region, has completed filming the third season of the beloved Arabic children’s show in partnership with twofour54. The series is centred on the values of understanding, respect, caring, sharing and self-improvement. 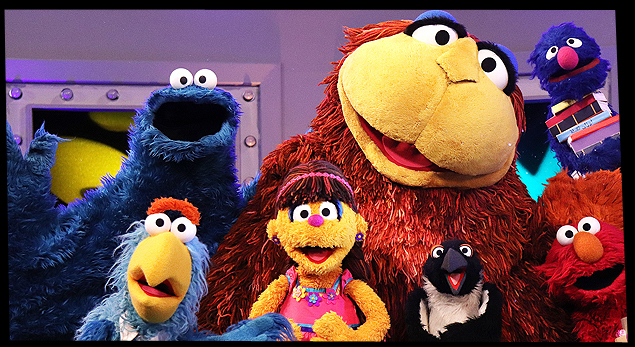 H.E. Maryam Eid AlMheiri, CEO of Media Zone Authority – Abu Dhabi and twofour54, said “We are delighted that our partnership with Bidaya is proving so successful and is creating entertaining and educational content in Arabic that is loved by so many children around the Arab world. Our partnership with Bidaya demonstrates the power and value of twofour54’s ecosystem. I’m delighted that a third season of the show will be hitting TV screens to convey these values to children growing up today.”

‘Iftah Ya Simsim’ is based on the iconic children’s series ‘Sesame Street’ created by Sesame Workshop and is an extension of their work in the Gulf region. Today the show airs on more than 32 television and digital platforms within the MENA region. The show is an example of twofour54’s support to developing quality Arabic content in the region and nurturing young Arab talent, both of which are key priorities for the zone.

Dr. Cairo Arafat, Managing Director of Bidaya, said “It has been wonderful to be back at twofour54’s studios to produce our third series. ‘Iftah Ya Simsim’ is a flagship project for Bidaya and I cannot think of anywhere better to film it. The facilities and support we received from the team at twofour54 are second to none.”

Season 3 of ‘Iftah Ya Simsim’ will include a variety of different formats, characters and celebrities to support children’s Arabic language development, school preparedness and, most importantly, learning and acquiring the social and emotional skills needed to be outstanding local and global citizens. This show and spinoffs are now available and entertaining millions of viewers not only on television, but across digital and social media as well.

twofour54 provided full production and post-production services for season 3, including editing suites as well as use of its award-winning studios. The crew also included homegrown professionals sourced via twofour54’s freelance programme and Media Mania Production House, a partner at twofour54.

Season 3 of ‘Iftah Ya Simsim’ will be broadcast in early 2019 and is supported by the UAE’s Supreme Council for Motherhood and Childhood, Abu Dhabi Department of Health, Abu Dhabi Education and Knowledge, Cleveland Clinic Abu Dhabi, Healthpoint, the Imperial College London Diabetes Center, YouTube and Mubadala Investment Company.

Named after the geographical coordinates of Abu Dhabi, twofour54 is now home to more than 470 media companies – including Sky News Arabia, Image Nation, Ubisoft, CNN, Fox, Flash Entertainment and M&C Saatchi – as well as a bi-lingual freelancer pool and a community of aspiring media talents.

twofour54 is operated under the ownership of Media Zone Authority–Abu Dhabi, a government entity.

About Bidaya
Based in twofour54 at the Abu Dhabi Media Zone, Bidaya FZ LLC is a media company that produces “edutainment” content for children. The Arabic word of ‘Bidaya’ directly translates to ‘beginning’. Bidaya designs and delivers simple educational messages that are vita tools essentials to the holistic growth of children into well-rounded and productive individuals and citizens. A key project in the Bidaya portfolio is the development of ‘Iftah Ya Simsim’ educational television series in Abu Dhabi. Iftah Ya Simsim is based on the popular Sesame Street program created by Sesame Workshop, and an extension of their work in the Gulf region.