Following its world premiere at Toronto Film Festival and subsequent UK premiere at the BFI London Film Festival in 2019, Altitude Film Entertainment will be releasing girlhood drama ROCKS on the 10th April across cinemas in the UK and Ireland.

Directed by acclaimed British filmmaker Sarah Gavron (Suffragette, Brick Lane) and written by Theresa Ikoko (winner of the Alfred Fagon award in 2015 for her play ‘Girls’) and Claire Wilson (Little Drummer Girl, Gangs of London), the film was uniquely crafted in collaboration with their mostly first-time actors, Bukky Bakray, Kosar Ali, Shaneigha-Monik Greyson, Ruby Stokes, Tawheda Begum, Anastasia Dymitrow and Afi Okaidja. This eventual core group of British girls, who all come from differing cultural backgrounds including Nigerian, Somali, Polish, Bangladeshi, English and Congolese-Ghanaian, emerged out of extensive workshops in which they generously shared their experiences of growing up in the UK, friendship, their cultural identities, social media, and their school life.

The film follows teenager Rocks (Bukky Bakray) who fears that she and her little brother Emmanuel (D’angelou Osei Kissiedu) will be forced apart if anyone finds out they are living alone. With the help of her friends, she evades the authorities and navigates the most defining days of her life. A film about the joy, resilience and spirit of girlhood. 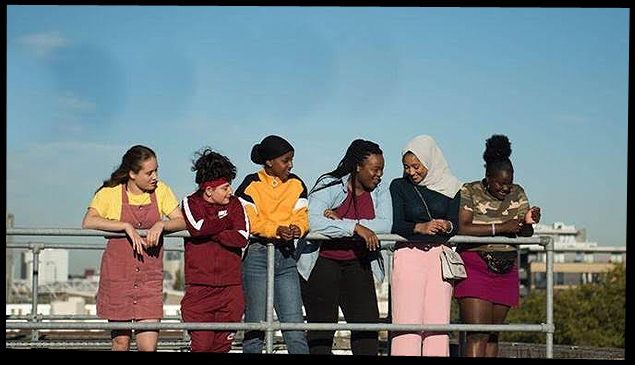 Funded by Film 4 and the BFI, in association with Altitude Film Entertainment/ Wellcome, Head Gear Films, Metrol Technology and Kreo Films. Rocks is a Fable Pictures production, produced by Faye Ward and Ameenah Ayub Allen. Fable’s Anu Henriques was on board as Associate Director.

ROCKS IS RELEASED ON 10 APRIL IN THE UK AND IRELAND

Since launching in 2013 Altitude Film Distribution have proudly supported talented filmmakers and given their films the dynamic and bold releases they deserve.

To date Altitude have championed over 100 films, ranging from the Academy and BAFTA award winning Moonlight, 20 Feet From Stardom, Amy, I Am Not Your Negro and through to critically acclaimed The Florida Project, Lady Macbeth, Beast, The Rider, Whitney, Busby and more.