Following the dramatic events of season one, the second season of the acclaimed series executive produced by and Starring Jennifer Aniston and Reese Witherspoon will premiere globally Friday, September 17 on Apple TV+

Apple TV+ today revealed the trailer for the second season of acclaimed and award-winning Apple Original drama series,“The Morning Show.” Starring and executive produced by Jennifer Aniston and Reese Witherspoon, the 10-episode second season will debut globally on Friday, September 17, 2021 on Apple TV+ with the first episode, followed by one new episode weekly, every Friday.

Picking up after the explosive events of season one, season two finds “The Morning Show" team emerging from the wreckage of Alex (Aniston) and Bradley’s (Witherspoon) actions, to a new UBA and a world in flux, where identity is everything and the chasm between who we present as and who we really are comes into play. 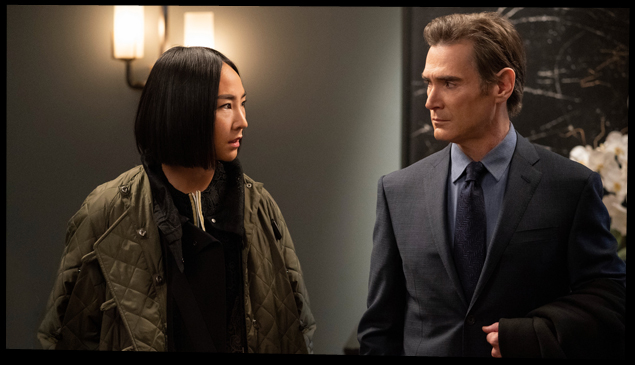 “The Morning Show," developed by Kerry Ehrin, who serves as showrunner and is an executive producer, is executive produced by Michael Ellenberg through Media Res, which also serves as the studio, along with Jennifer Aniston and Kristin Hahn through Echo Films; Reese Witherspoon and Lauren Neustadter through Hello Sunshine; and Mimi Leder, who also directs several episodes.

In its first season, Crudup’s performance as 'Cory Ellison' earned an Emmy Award for Supporting Actor in a Drama Series category, as well as a Critics Choice Award. Aniston's powerful performance as 'Alex Levy,' earned a SAG Award for Outstanding Performance by a Female Actor in a Drama Series. The series also received nominations from the Television Critics Association for Outstanding New Program and a TV Choice Award for Best New Drama.

The complete first season of “The Morning Show” is now streaming on Apple TV+. Catch up on season one here.

Apple TV+ is available on the Apple TV app in over 100 countries and regions, on over 1 billion screens, including iPhone, iPad, Apple TV, Mac, popular smart TVs from Samsung, LG, Sony, VIZIO, TCL, and others, Roku and Amazon Fire TV devices, Chromecast with Google TV, PlayStation and Xbox gaming consoles, and at tv.apple.com, for $4.99 per month with a seven-day free trial.  For a limited time, customers who purchase and activate a new iPhone, iPad, Apple TV, Mac, or iPod touch can enjoy three months of Apple TV+ for free.*

For more information, visit apple.com/tvpr and see the full list of supported devices.