Arrow Video FrightFest, the UK’s biggest horror and fantasy film festival, is back at the Cineworld Leicester Square from Thurs August 26 – Monday 30 August, 2021 for five days of the very best of global genre cinema.

The internationally renowned event leads the way in attesting to the versatility of the genre and, despite the interruptions caused by the pandemic, this year is no exception as the twenty-five films to be presented in the main screens are revealed. They include four world premieres and eight International / European premieres.

Global events over the past eighteen months have not only altered most people’s lives but have had a profoundly influential effect on a lot of genre filmmakers and both the opening and closing films this year reflect that. 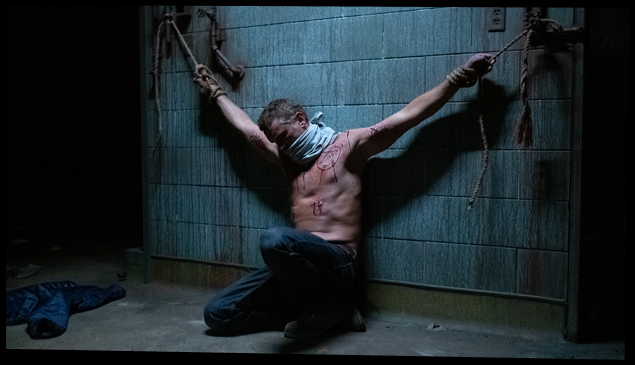 The festival opens with the European premiere of DEMONIC, the latest, highly anticipated and petrifying new vision from artist Neill Blomkamp, director of DISTRICT 9. Shot in secret last   summer in British Columbia, Blomkamp takes us on a unique voyage into a world terrifyingly similar to our own as he expertly juggles a thought-provoking crossover between forward thinking science fiction and hi-tech horror.

The Closing night film is the UK premiere of Rob Jabbaz’s feature debut, THE SADNESS, an instant cult classic that’s relentless, merciless and already being hailed as a bloody masterpiece. After a year of combating a pandemic with relatively benign symptoms, a frustrated nation finally lets its guard down. This is when the virus spontaneously mutates, giving rise to a mind-altering plague. The age of civility and order is no more. There is only ‘The Sadness’.

Gunslingers, ghosts and cults…welcome to the insane visual madness of a Sion Sono movie and the latest memorable slice of Nicolas Cage rage in the UK premiere of post-apocalyptic Grindhouse classic PRISONERS OF THE GHOSTLAND. Another independent-spirited actor firmly established within the genre is Elijah Wood and he is on top form as an FBI profiler assigned to interview Ted Bundy in NO MAN OF GOD, which will receive its European Premiere. 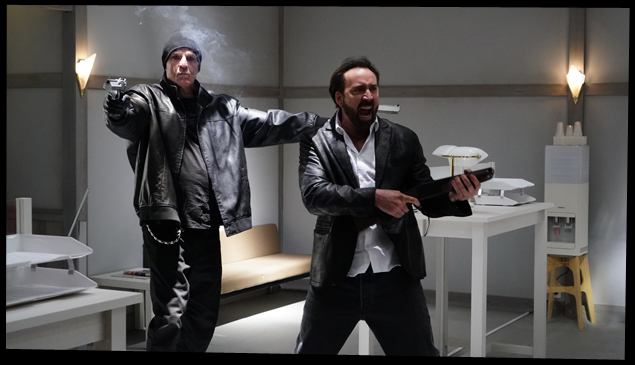 Prisoners of the Ghostland

Comic book icon Alan Moore was last at FrightFest in 2014 with SHOW PIECES and he and director Mitch Jenkins team up once more to present the UK Premiere of mystery fantasy THE SHOW. Then there’s the world premiere of British chiller THE KINDRED, with many of the stars attending, including James Cosmo, Steve Oram, April Pearson and Samantha Bond. Other

BROADCAST SIGNAL INTRUSION, the first feature to proudly spring from FrightFest’s innovative ‘New Blood’ initiative with Queensbury Pictures / MP Media, will receive its UK Premiere, as will the unbearably tense, electrifying thriller COMING HOME IN THE DARK, the one-take time travel suspense comedy BEYOND THE INFINITE TWO MINUTES and from Kazakhstan, the cruelly comic misadventure SWEETIE, YOU WON’T BELIEVE IT. 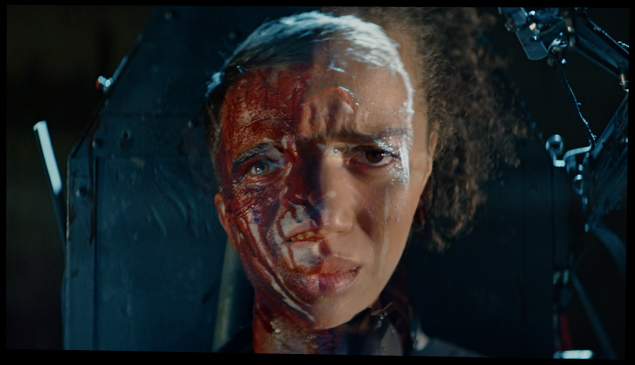 A prime example of the Mexploitation New Wave is THE EXORCISM OF CARMEN FARIAS and FrightFest will be presenting the International premiere of Rodrigo Fiallega’s blood-drenched shocker. There are also International premieres for Julien Knafo’s mutant-tastic BRAIN FREEZE and OFFSEASON, director / writer Mickey Keating’s quantum leap into the big time with an astonishing slice of Southern Gothic, 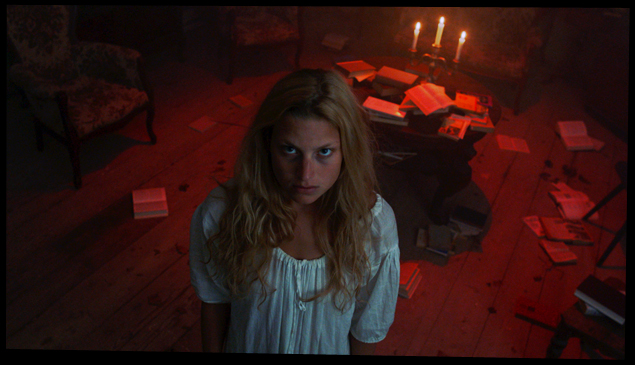 Dawn Breaks Behind The Eyes

Finally, as part of our main Arrow FrightFest line-up, three sensational shorts will be screening: the World Premiere of MASK OF THE EVIL APPARITION from Alex Proyas (I, ROBOT, THE CROW) part of his DARK CITY cinematic universe, STUFFED from Theo Rhys, a fantastic full blown musical extravaganza, and the World Premiere of Scott (SINISTER / DOCTOR STRANGE) Derrickson’s SHADOWPROWLER, a distinctive take on the home invasion thriller.

Festival co-director Alan Jones, said today “Like every other film festival this past year, the Arrow Video FrightFest has had to adapt to the difficult circumstances caused by the Covid-19 pandemic. Our last three events may have taken place entirely online but you can’t keep a commended vanguard of international genre cinema down for too long and Team FrightFest has been working tirelessly to make sure our banner 22nd event will tick every box you’ve been desperately missing.

Let’s face it, for the past year it has felt like we’ve been extras in the longest, flattest and most boring sci-fi movie ever, but now we are free at last to meet up with our Arrow Video FrightFest friends and acquaintances again for a much needed and well deserved in person horror fantasy binge.” 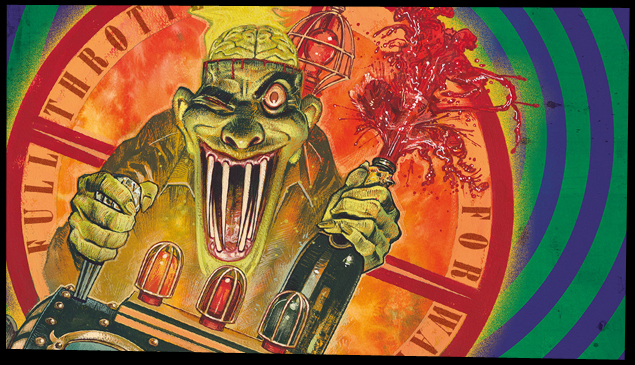 PLEASE NOTE: Over the next weeks Arrow Video FrightFest will be revealing the line-up for their pioneering Discovery and ‘First Blood’ strands, when passes and tickets go on sale, plus the much much-loved Short Film Showcases, special events, this year’s guest list, and the make-up of our Digital event, which takes place from Wed 1 – Sun 5 September.

Main screen programme details can be found on FrightFest.

Please note that the event is called Arrow Video FrightFest 2021

About FrightFest
Dubbed “the Woodstock of Gore” by director Guillermo Del Toro, FrightFest, set up in 2000, has grown in size and stature since its cult roots at the Prince Charles Cinema and today is internationally renowned for discovering exciting and original horror fantasy genre films and for supporting the talent behind them, helping to launch the careers of such directors as Simon Rumley, Christopher Smith, Eli Roth, Neil Marshall and Simon Hunter.

Over the years the festival directors, Greg Day, Alan Jones, Paul McEvoy and Ian Rattray, have developed FrightFest into a brand leader for horror film, expanding its footprint in the UK by hosting special events throughout the year and joining forces with the Glasgow Film Festival, where they run an established three-day event. They have teamed up with FAB Press to publish a series of ‘The FrightFest Guide To…” books and have an exclusive partnership with Signature Entertainment to release films under the festival’s thriving label  ‘FrightFest Presents’. You can catch the documentary FRIGHTFEST: BENEATH THE DARK HEART OF CINEMA on Amazon.

About Arrow Video
Since its inception in the UK in 2009, Arrow Video has grown to become the world’s No. 1

Premium label for the very best physical and digital releases of genre, cult and horror films from around the globe. The label has passionately trailblazed a multi-award-winning slate of releases in deluxe, definitive editions with state-of-the-art restorations, in-depth curation of new and archival extra features, newly commissioned artwork, accompanying booklets and special packaging, available from all major retailers and its own world-class direct-to-consumer website.

Expanding into North America in 2015, Arrow Video's best-in-class Blu-ray, UHD releases and extensive catalogue is complemented by premium digital and on demand services with its Channel ARROW (www.ARROW-Player.com) which shares the same ethos, curating the finest cult films from celebrated filmmakers including John Carpenter, David Cronenberg, George Romero, John Landis and Dario Argento and many more.

Upcoming releases include classic films from the likes of David Lynch, Edgar Wright and Quentin Tarantino, whilst also continuing to acquire and champion New Cult content, including Jill Gevargizian’s The Stylist and Adam Stovall’s A Ghost Waits.