The inspiring new ‘Thomas & Friends™ International Friendship Day awards’ commends outstanding acts of friendship from young children over the past year, such as putting others first, kindness, and going above and beyond to help and support a friend

Nominations are now open online with winners to be announced by celebrity dad, singer and musician Aston Merrygold at an awards ceremony ahead of International Friendship Day on 30th July 2022

In a heart-warming video recorded last week at their family home, Aston and his son Grayson proudly discuss the importance of friendship and some things the three-year-old has done to help his friends

Today’s launch comes on the back of new survey of 1,000 parents* of young children commissioned by the Thomas & Friends brand showing that parents of young children are most proud of their child’s ability to be compassionate, display kindness, and go above and beyond to help and support a friend

One of the nation’s favourite celebrity dads, singer and musician Aston Merrygold, has teamed up with his three-year-old son Grayson, to help launch the inaugural ‘Thomas & Friends™ International Friendship Day Awards,’ an inspiring new Thomas & Friends awards scheme; celebrating and commending the very best examples of friendship from young children across the UK over the past year, such as putting others first, kindness, and going above and beyond to help and support a friend.

‘Thomas & Friends™ International Friendship Day Awards’ launches today (18.05.22) with a dedicated nominations website now live, where, with the help of an adult supervisor, children can nominate their friends for an award along with the chance to win them a fantastic prize bundle. Parents could also recognise their own child’s outstanding act of friendship. This is the first time ever that a high-profile awards programme for children has been tied to International Friendship Day allowing parents and children to recognise and honour the incredible acts of friendship shown to them by their friends. 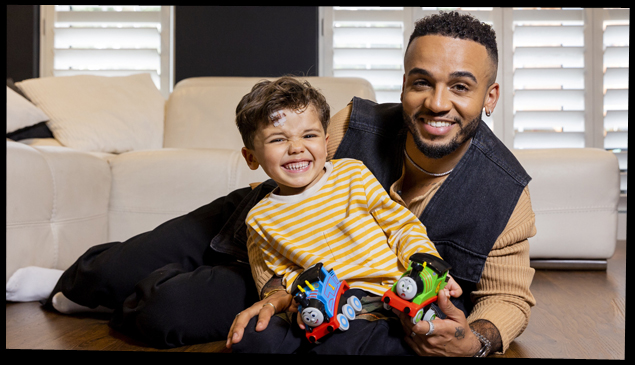 Aston Merrygold says “The Thomas & Friends International Friendship Day Awards, honestly, bring such a big smile to my face. I feel really honoured to be helping bring it all to life for all the children across the country who have done such amazing and kind things for their friends. I think it’s going to bring so much joy and happiness to children to be able to thank their friends for their kind gestures. I look forward to meeting all the winners and giving them their trophies and prizes at the awards ceremony for International Friendship Day in July.”

The judges for the awards will include representatives from Mattel, makers of the Thomas & Friends™ ‘All Engines Go’ TV series, which is currently airing on Channel 5’s ‘Milkshake!’. The animated series features life lessons for pre-schoolers that teach them about the value of friendship in a fun and imaginative way as well as other things like teamwork, taking turns and sharing.

In a heart-warming video recorded at their family home last week for the new campaign and released today as part of the launch, Aston and his son Grayson are seen discussing friendship and some of the things the three-year-old has done for his friends to help them. Filmed whilst they played with the latest Thomas & Friends™ track set, the conversation soon turns to dad, Aston’s, recollection of when Grayson took a new child at his school under his wing to help them settle into school.

Aston Merrygold says “One of the most helpful and thoughtful things I think Grayson has done was when it was his friend’s first day at school. Grayson had been there a good few months already and was very used to his surroundings, so off of his own accord, he chose to show this new person around. A new place, a new environment for someone so young, is always going to be intimidating, and my son is very loud, but as a person, his empathy is so so great and I’m really proud of him for doing this. It was an amazing thing to hear that he’d done this kind act for someone else, and I’m not surprised they’ve ended up being really good friends.”

To launch ‘Thomas & Friends™ International Friendship Day Awards,’ the Thomas & Friends brand commissioned a survey of 1,000 parents* of young children that found out parents are most proud of their child’s ability to be compassionate, display kindness, and go above and beyond to help and support a friend. The findings also revealed that seeing their offspring demonstrate selfless qualities evoked feelings of pride, and on average kids left their mums and dads feeling delighted with such moments six times a week. And 84 per cent of the parents surveyed see such qualities shine through when their kids interact with their friends. 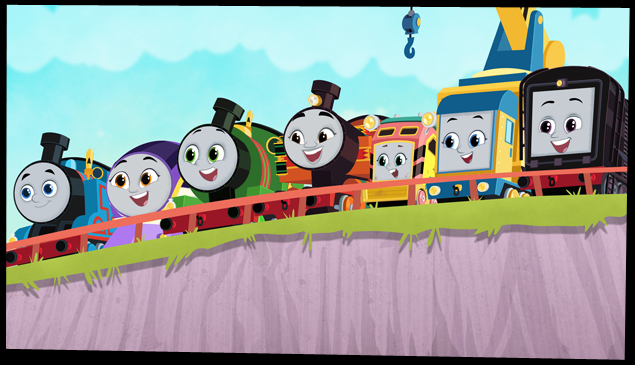 It also emerged children have an average of five friends with two picked out for best friend status. And 77 per cent of parents actively try to help their child develop their friendships with other children. Encouraging conversations, teaching them how to say sorry to others and letting them go on play dates and to other people’s houses were the top ways they look to help. Whereas four in 10 have hosted play dates of their own and 36 per cent ensure their kids go to the same events as their mates. Respondents’ kids had three play dates in the last month according to the data, with an average of four-and-a-half hours spent hosting other children.

Parents also fall back on their own experiences of making buddies when helping their child foster their own friendships. Nearly nine in 10 also believed it’s important for their youngster to display their gratitude towards a friend who has gone above and beyond for them. Findings of the study also showed 73 per cent of adults were also concerned about the impact past lockdowns may have had on their children, having not been able to see their pals, as 67 per cent looked to make up for lost time once restrictions were lifted. 69 per cent were more focused on helping build and maintain friendships for their child as a result.

It also emerged television has its part to play in friendship according to 71 per cent, as parents believe certain series such as the Thomas & Friends™ collection can teach kids how to be good friends. More than half of parents have rewarded their child for showing kindness to others, while 21 per cent have done so for their own as well as other youngsters.

About Mattel
Mattel is a leading global toy company and owner of one of the strongest catalogs of children’s and family entertainment franchises in the world. We create innovative products and experiences that inspire, entertain, and develop children through play. We engage consumers through our portfolio of iconic brands, including Barbie®, Hot Wheels®, Fisher-Price®, American Girl®, Thomas & Friends®, UNO®, Masters of the Universe®, Monster High® and MEGA®, as well as other popular intellectual properties that we own or license in partnership with global entertainment companies. Our offerings include film and television content, gaming and digital experiences, music, and live events. We operate in 35 locations and our products are available in more than 150 countries in collaboration with the world’s leading retail and ecommerce companies. Since its founding in 1945, Mattel is proud to be a trusted partner in empowering children to explore the wonder of childhood and reach their full potential.