A remarkable new film, David Attenborough: A Life On Our Planet, produced by award-winning wildlife film-makers Silverback Films and global environmental organisation WWF, has created phenomenal interest with all available tickets to the world premiere at London’s Royal Albert Hall selling out in under an hour.

This unique feature documentary tells the story of life on our planet by the man who has seen more of the natural world than any other. Honest, revealing and urgent, this is Attenborough’s witness statement for the natural world.

The world premiere event at the Royal Albert Hall will be broadcast LIVE to cinemas across the UK as well as the Netherlands, Iceland, Ireland, Norway, Sweden, Denmark and Finland, with screenings to follow in Australia and New Zealand. 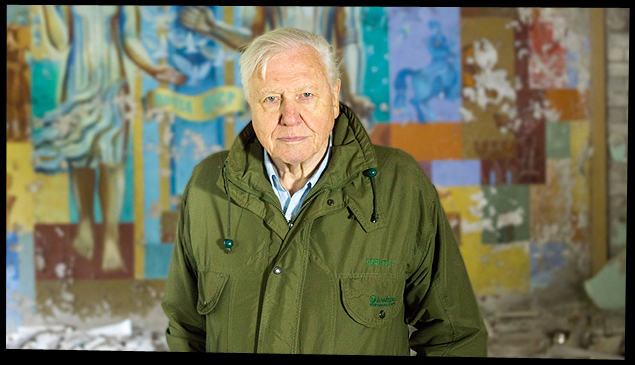 Tickets for the live one night only cinema showings on Thursday 16 April 2020 will be on sale soon. Register for updates and find your local cinema here.

ABOUT WWF
WWF (World Wide Fund for Nature) is one of the world’s largest independent conservation organisations, active in nearly 100 countries. Our supporters – more than five million of them – are helping us to restore nature and to tackle the main causes of nature’s decline, particularly the food system and climate change. We’re fighting to ensure a world with thriving habitats and species, and to change hearts and minds so it becomes unacceptable to overuse our planet’s resources.

WWF. For your world. For wildlife, for people, for nature.

ABOUT SILVERBACK
Silverback Films specialises in the production of high quality wildlife films for both television and cinema. Formed in 2012 by Alastair Fothergill and Keith Scholey, Silverback Films brings together a world class team of wildlife film makers to create the highest quality natural history films. Its productions include cinema films for Disneynature, African Cats, Chimpanzee, Bears, Monkey Kingdom and Dolphin Reef and television series North America (Discovery) The Hunt (BBC) and Our Planet (Netflix).

Since launching in 2013 Altitude Film Distribution have proudly supported talented filmmakers and given their films the dynamic and bold releases they deserve in the UK and Ireland.

To date Altitude have championed over 100 films, ranging from the Academy and BAFTA Award winning Moonlight, 20 Feet From Stardom, Amy, I Am Not Your Negro and through to critically acclaimed The Florida Project, Lady Macbeth, Beast, The Rider, Whitney and more.

ABOUT PIECE OF MAGIC ENTERTAINMENT
Based in Amsterdam, Piece Of Magic Entertainment are an international theatrical distribution company, bringing a diverse range of world-class events and documentaries to cinema audiences across the world. Marrying our unique content with pre-existing and highly identifiable target audiences defines what we do.

Our cinema network reaches thousands of screens across 90+ countries, from multiplex to arthouse cinemas. Our in-house sales and marketing team and wide film festival network enables us to develop effective and far-reaching campaigns.

ABOUT THE ROYAL ALBERT HALL
The Royal Albert Hall is the world’s most famous stage. Over the past 148 years, it has hosted everyone from Albert Einstein to Arctic Monkeys, The Beatles to Beyoncé, Churchill to Chvrches (we could go on). Last year, its breathtaking auditorium presented 401 events by the world’s greatest performers – taking in rock, pop and classical music, theatre, dance, films, Cirque du Soleil and even tennis – with the magical setting and inspired artists creating amazing memories for audiences.

Opened in 1871 to fulfil Prince Albert’s vision of a central hall to promote the arts and sciences, the Hall is a registered charity that remains true to his founding ambitions while looking to the future. With 1.7million visitors a year, ‘the nation’s village hall’ is the world’s busiest venue, while its 1,000 events in secondary spaces help to welcome a young, diverse audience to the Hall. Research conducted by Populus in 2018 found that the Hall was the most respected venue in its field, with members of the public regarding it as more special and yet less elitist than any comparable venue.

Its Education & Outreach programme reaches more than 215,000 participants each year, working with schools, young people and the community, as well as other charities such as Music for Youth, as part of its extensive public benefit remit. It creates memories, changes lives and provides inspiration through music for all, regardless of age or background.