Award-winning London and LA based independent studio The Ink Factory, (“The Night Manager”, Fighting with My Family, “The Little Drummer Girl”) has tapped RAW Scripted Creative Director and former Film4 Deputy Head of Film Katherine Butler to join the company in the newly created role of Creative Director. Katherine will oversee the studio’s film and television slate globally, setting priorities for the le Carré partnership, seeking out creative opportunities with existing and emerging storytellers and building out a portfolio of projects which reinforces The Ink Factory’s commitment to high quality, thought-provoking entertainment. Butler will report to The Ink Factory co-founders and co-CEOs Stephen and Simon Cornwell.

Katherine joined RAW in March 2014 to head up Film and TV Drama, having previously spent nine years at Film4. Whilst at RAW, Butler built a bold and ambitious high-end TV drama and film slate, working both in the UK and US. Most recently she produced Bart Layton’s award winning second film, American Animals, which went to Sundance in US Dramatic Competition and onto UK and US distribution in 2018; and the forthcoming feature film Dream Horse starring Toni Collette and Damian Lewis which will be released in the UK by Warner Bros and in the US by Bleecker St in the spring of 2020.

Since its formation in 2010, The Ink Factory’s output across film and television has gained strong traction with audiences and critics alike. Its television series (“The Night Manager” and “The Little Drummer Girl”) have been seen in 180 countries by more than 40 million viewers, while it has enjoyed both streamer and box office success with films such as Fighting with My Family, A Most Wanted Man, and Message from the King. In addition, The Ink Factory’s partner games studio Giant Squid created the acclaimed narrative game, ABZÛ, and their latest game, The Pathless, will launch in 2020 with Apple Arcade and Epic Games. 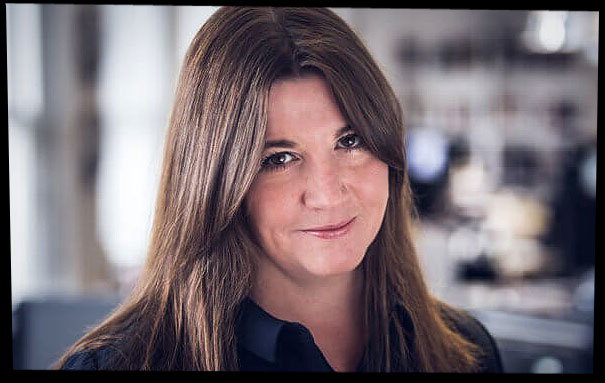 Katherine Butler said “I have loved my time at RAW, but when Simon and Stephen asked me to join The Ink Factory, I just couldn’t say no. Their access to extraordinary material combined with their ambition for bold, visionary authorship across their output, making TV and film with something to say about the world we live in now, felt irresistible to me. I can’t wait to join Tom Nash, Michele Wolkoff and the brilliant creative team already in place at Ink, and to get started!”

Simon and Stephen Cornwell, co-CEOs and Founders at The Ink Factory, added “We are thrilled that Katherine has chosen to join our team to lead our creative endeavours. Katherine brings both insight and experience, combined with great industry relationships. Katherine has an impressive track record of collaborating with strong established talent while at the same time developing emerging voices. It’s incredibly exciting to embark on the next stage of The Ink Factory’s growth with Katherine, and we could not have a better person to lead both the shaping of our slate going forwards and our gifted creative team.”

After joining Film4 as Head of Development in 2004, Butler was promoted to Senior Commissioning Executive in 2009 and then became Deputy Head of Film in 2013. Butler ran Film4's low budget and new talent slate for four years before increasing her focus across the whole production slate. She executive produced a large number of films during that time, including BAFTA-winner Tyrannosaur, BAFTA-winner The Imposter, BIFA-winning Kill List, Berberian Sound Studio and Starred Up, Cannes-selected The Selfish Giant, Sightseers and Catch Me Daddy, as well as Sundance-selected cult favourite Frank. Butler also executive produced “Random” for Channel 4, winner of the BAFTA for Best Single TV Drama in 2012.

About The Ink Factory
The Ink Factory was founded in 2010 by Stephen and Simon Cornwell as an independent studio with global reach. The company tells compelling stories across television, film, games and immersive experiences, developing these from inception to release through long-term relationships with authors and creators. The Ink Factory takes bold creative and financial decisions and seeks out opportunities for ambitious and genre-defining work.

A core pillar of the company is the adaptation of the work of author John le Carré for film, television and other media.

The Ink Factory’s latest television adaptation of le Carré’s “The Little Drummer Girl”, directed by Park Chan-wook, aired on the BBC and AMC this past fall. The company is also behind the Emmy® and Golden Globe® award-winning drama series “The Night Manager,” based on the le Carré novel of the same name, co-produced with the BBC and AMC. The company is also developing a series based on “The Spy Who Came in From the Cold” produced in association with Paramount TV and, once again, the BBC and AMC.

Most recently, Film4 and WWE’s Fighting with My Family was produced in association with The Ink Factory. Written and directed by Stephen Merchant and starring Dwayne Johnson, Florence Pugh and Vince Vaughn, the film premiered at the 2019 Sundance Film Festival, reached #1 at the UK box office and has grossed over $40 million worldwide to date.

The company’s first film, A Most Wanted Man, based on the novel by John le Carré, was released in 2014. Other completed films include Billy Lynn's Long Halftime Walk, directed by Ang Lee and based on the award-winning novel by Ben Fountain; Netflix Original Message from the King, a noir thriller by Stephen Cornwell and Oliver Butcher and directed by Fabrice du Welz, which premiered at the 2016 Toronto International Film Festival; and Drew Pearce’s directorial debut Hotel Artemis, starring Jodie Foster and Sterling K. Brown.

In addition to its work in film and television, The Ink Factory has partnered with one of the games industry's top talents, Matt Nava, to found digital studio Giant Squid. Giant Squid’s first game, the twice-BAFTA-nominated ABZÛ, was released in August 2016. Giant Squid’s latest game, The Pathless, will be released in 2020. The iOS version of The Pathless will be at the core of Apple’s recently announced subscription games service, and the PC version will feature on Epic Games’ store.

The company is headquartered in London and Los Angeles.