a truly original and thought-provoking debut, filled with stunning cinematography, excellent performances and a brilliant soundtrack

New film LOLA is set for a 2023 UK & Ireland theatrical release. Set in the UK during the Second World War, the film follows two sisters, played by Stefanie Martini and Emma Appleton, who build a machine that intercepts radio transmissions from the future. The film also stars actress Ayvianna Snow as reporter Rebecca Cavendish.

Directed by Andrew Legge and written by Andrew Legge and Angeli Macfarlane, LOLA is Legge’s feature debut; he previously made shorts, including The Girl With The Mechanical Maiden and The Chronoscope. LOLA is produced by Alan Maher and John Wallace of Ireland’s Cowtown Pictures, in association with co-producers Alice Lusher and Catryn Ramasut of Cardiff-based, ie ie productions. 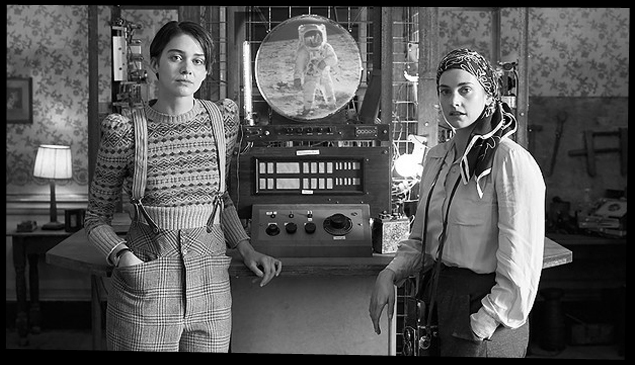 Signature Entertainment, who have acquired UK-Ireland distribution rights to LOLA, described the film as “ingenious” and “a truly original and thought-provoking debut, filled with stunning cinematography, excellent performances and a brilliant soundtrack.” - Elizabeth Williams, director of acquisitions and development at Signature.

Ayvianna Snow says “I love that LOLA centres the relationship between two women and explores female solidarity in exceptional circumstances. I am thrilled to have worked with such an exciting creative team.”

LOLA IS SET FOR RELEASE IN 2023 FROM SIGNATURE ENTERTAINMENT