NoahX and Noah Media Group, creators of Bobby Robson: More Than A Manager (Netflix), Steve McQueen: The Man & Le Mans (Official Cannes selection 2015) and ITV’s acclaimed documentary series Out Of Their Skin, are pleased to announce their latest film The Edge - the rock ‘n’ roll story of one of the greatest English sporting teams of all time.

Between 2009 and 2013, the England Test cricket team rose from the depths of the rankings to become the first and only English side to reach world number one*.

The Edge is a compelling, funny and emotional insight into a band of brothers’ rise to the top, their unmatched achievements and the huge toll it would take.

One of the toughest sports on the planet, and psychologically perhaps the most challenging, this is Test cricket like you’ve never seen it before. 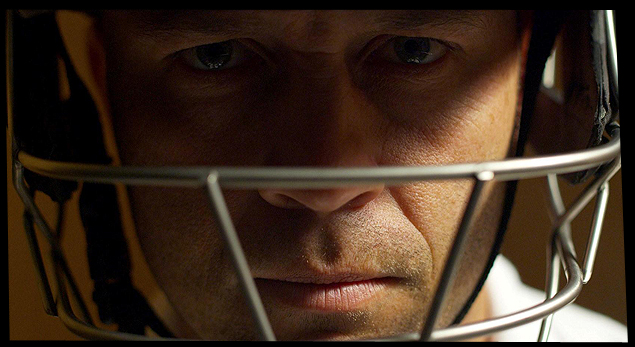 Directed by Barney Douglas (Warriors), the film explores the ruthless intensity of the game, the impact it can have on players’ mental health and the extreme price of success.

Strauss and Flower took over a team including some of the true greats of the English game (Pietersen, Anderson, Cook and Broad) and transformed them into a phenomenal winning machine before the pressure and scrutiny began to fracture bodies and minds.

The Edge will be released in cinemas and across all UK platforms on July 22nd 2019 at the peak of a summer that will see cricket dominating the sporting agenda, with the ICC Cricket World Cup 2019 and The Ashes both taking place in England.

The film will feature a debut film soundtrack from Felix White (The Maccabees). As well as being in one of Britain’s biggest bands, Felix also runs Yala records and is co-host of the acclaimed cricket Podcast, Tailenders’.

The Edge is proud to support Heads Together, a mental health initiative spearheaded by The Royal Foundation of The Duke and Duchess of Cambridge and The Duke and Duchess of Sussex, which aims to change the national conversation on mental health, through tackling stigma and developing new programmes and tools to help areas of specific need. 10% of the Producers’ Net Profits from The Edge will be paid to The Royal Foundation (registered charity no. 1132048) to support the charity's work, including its Heads Together mental health work. We are expecting to raise a minimum of £30,000 for the charity.

In addition, The Edge and the players will be donating proceeds to a Foundation that is being formed in memory of Ruth Strauss, the wife of former England Captain, Andrew Strauss, who recently passed away.

Director, Barney Douglas commented “This team helped redefine what success meant. I am proud to be making a film about not only a great team, but a side full of incredible characters. There are loads of laughs, a lot of glory, but this is also a truly emotional exploration of the mental pressures at the top level of sport.”

Former England cricketeer, Graeme Swann added “It’s a great time to be making this film. It’s a celebration of Test cricket but also the sacrifices you make. A real rollercoaster ride of emotions. Ever since I was a kid staying up late and watching the Ashes, I dreamt of playing for England. To live that dream was just the ultimate trip. It was a team full of talent and characters and I can’t wait to watch it. I think Jimmy Anderson smiles in it once as well.”

Producer & CEO, Noah media Group, John McKenna said “This is a film that takes the audience inside sport in an unprecedented way capturing what it is to be a sportsperson at an elite level like never before. We are really excited that The Edge is the next film to run through our distribution arm, NoahX, after the recent success of our first self-distributed film, Bobby Robson: More than a Manager. We are also thrilled to be supporting such incredible charities."

The Edge is written by Gabriel Clarke (Bobby Robson: More Than A Manager, Steve McQueen: The Man & Le Mans, The Fight of their Lives, Clough, Out of Their Skin) and Barney Douglas.

Noah Media Group will distribute the film through its distribution arm NoahX, following the success of its recent #1 Amazon and iTunes feature documentary best-seller Bobby Robson: More Than A Manager.