The creators of Wallace & Gromit and Shaun the Sheep will receive the 40th Anniversary Award at the UK film critics' awards ceremony on 30th January.

The UK's leading film critics today announced that Aardman will receive a special honour at their 40th anniversary awards ceremony on 30th January. The London Critics' Circle Film Awards presented by Pearl Pictures Productions will be held at the May Fair Hotel.

"The London critics are huge fans of Aardman's work," says Rich Cline, chair of the Critics' Circle Film Awards. "We have been speaking for years about giving them some sort of special recognition, and this year is perfect, with our 40th anniversary coinciding with Wallace and Gromit's 30th. Plus of course the huge success of this year's Shaun the Sheep adventure Farmageddon, which we loved beyond reason."

In response, Aardman cofounder David Sproxton said "It's wonderful to receive recognition from people who watch literally hundreds of films a year and earn their living writing about them. When a film is released, you are never sure what the reaction of the critics will be, so it's lovely to be acknowledged positively by them with this award." 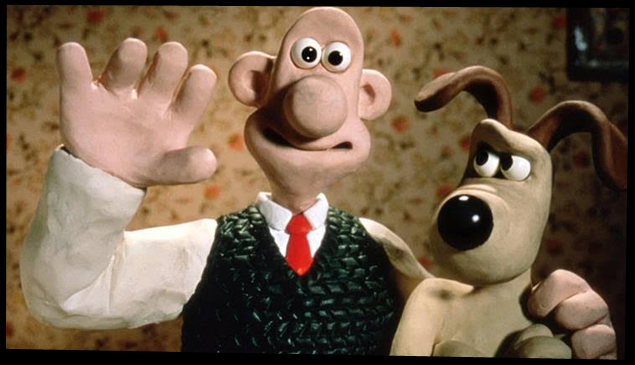 Based in Bristol, Aardman is famous for creating much-loved and often riotously entertaining characters including Wallace and Gromit, Shaun the Sheep and Morph. Their films have won four Oscars over the years, and they are also a creative powerhouse behind cutting-edge content for advertising partners, digital platforms, games developers and live experiences both in Britain and abroad. Cofounded by Peter Lord and David Sproxton in 1976, the company is now owned by its employees.

As teens, Lord and Sproxton came up with the animated superhero Aardman, who was purchased by the BBC's Vision On series and gave their animation studio its name. The follow-up series Take Hart introduced their first clay character Morph, and they went on to develop their technique with work on Channel 4. In 1985, Nick Park met Lord and Sproxton while studying at the National Film and Television School, where he created the cheese-loving inventor Wallace and his faithful dog Gromit for the Oscar-nominated short A Grand Day Out (1990), which was pipped for that Oscar by his Aardman short Creature Comforts (1989). The second Wallace and Gromit film The Wrong Trousers (1993) won the Oscar, as did their third adventure A Close Shave (1995), which also introduced Shaun the Sheep.

Feature films produced by Aardman include the acclaimed Chicken Run (2000), the Oscar-winning Wallace and Gromit feature The Curse of the Were-Rabbit (2005), the Oscar-nominated The Pirates! In an Adventure With Scientists!, A Shaun the Sheep Movie (2015), Early Man (2018) and this year's A Shaun the Sheep Movie: Farmageddon (2019). Production is currently underway on a Chicken Run sequel. Along with movies, Aardman developed the Bafta-nominated console game 11-11: Memories Retold; the StorySign app, which helps teach deaf children to read; and a 4D theme park experience at Efteling in the Netherlands.

In addition to this special 40th Anniversary Award, the Critics' Circle will present British film icons Sally Potter and Sandy Powell with the Dilys Powell Award for Excellence in Cinema at this year's ceremony alongside the regular line-up of awards in various international and British/Irish categories. A full list of nominations and special awards will be announced on Tuesday 17th December at The May Fair Hotel by British actors Jenn Murray and John Dagleish.

About Aardman
Based in Bristol and cofounded in 1976 by Peter Lord and David Sproxton, Aardman is an independent and multi-award-winning studio. It produces feature films, series, advertising, games and interactive entertainment - such as the "visually astonishing" (The Guardian), Bafta-nominated console game 11-11: Memories Retold, and the four-times Gold Cannes Lions-winning StorySign app - and innovative attractions for both the domestic and international market, including a new 4D theatre attraction at Efteling in the Netherlands. Its productions are global in appeal, novel, entertaining, brilliantly characterised and full of charm reflecting the unique talent, energy and personal commitment of the Aardman team. The studio’s work – which includes the creation of much-loved characters including Wallace & Gromit, Shaun the Sheep and Morph – is often imitated, and yet the company continues to lead the field producing a rare brand of visually stunning content for cinema, broadcasters, digital platforms and live experiences around the world. In November 2018 it became an employee-owned organisation, to ensure Aardman remains independent and to secure the creative legacy and culture of the company for many decades to come. www.aardman.com

About The Critics' Circle
Established in 1913, the Critics' Circle is the oldest organisation of its kind in the world, with more than 400 members who work in the UK media as critics of art and architecture, books, dance, drama, film, and music. Chaired by critic and broadcaster Anna Smith, the Film Section membership is made up of more than 145 UK film critics, broadcasters and writers, including the BBC's Mark Kermode, The Guardian's Peter Bradshaw, The Evening Standard's Charlotte O'Sullivan and Metro's Larushka Ivan-Zadeh, and has presented its awards annually since 1980.

About Pearl Pictures Productions
Founded by American-born producer Zachary Weckstein and based in The Netherlands, Pearl Pictures Productions combines a European and American approach to filmmaking. Weckstein applies his academic and business knowledge, and with his creative style he is always looking to challenge the audience's expectations. His motto is "Nothing is impossible". Pearl Pictures Productions presents Weckstein's distinctive style and expertise in his first feature, The Host, the first English-speaking internationally distributed Dutch feature film. The Host will have its world premiere in London on 6th January 2020 before releasing in the US, UK and worldwide in cinemas and streaming from 17th January.

About Edwardian Hotels London
Edwardian Hotels London is one of the UK’s largest privately owned hotel groups, which has been operating and developing its portfolio of five and four star luxury hotels since Jasminder Singh OBE began his career in the hospitality industry in 1977. Edwardian Hotels London owns and operates The May Fair, The Edwardian Manchester, both part of premium lifestyle brand Radisson Collection, 10 Radisson Blu Edwardian hotels across London and a range of luxury restaurant and bar brands, including the award-winning Kitchen concept restaurants: May Fair Kitchen, Bloomsbury Street Kitchen, Peter Street Kitchen, Leicester Square Kitchen, Monmouth Kitchen and May Fair Bar. Edwardian Hotels London is currently engaged in its latest project, The Londoner. Set to open in June 2020, the first super boutique hotel in London’s Leicester Square will incorporate a luxury lifestyle hotel, six concept eateries, bars, spa and private screening rooms. It is a member of Preferred Hotels & Resorts’ prestigious Legend Collection.