The BFI Future Film Festival Awards, supported by Netflix, recognise and celebrate some of the talented young filmmakers, aged 16-25, whose films have screened as part of this year’s Festival

10 prestigious Awards, judged by industry experts have been announced this evening, with all the winning films still available to watch, for free, on BFI Player until 28 February

Talented young filmmakers aged 16-25 that took home prizes include Rory Wilson (Best Film for LOCO), Gustavo Gamero (Best Director for INSTRUCTIONS TO LET GO) and Emmanuel Li (Best New Talent for MUSIC FOR THE END OF THE WORLD). These three Awards were judged by our esteemed Festival Jury, led by Elizabeth Karlsen (Number 9 Films), who announced their choices at tonight’s ceremony; Karlsen was joined on the jury by activist and filmmaker Waad Al-Kateab (FOR SAMA), broadcaster and filmmaker Reggie Yates (BBC3 EXTREME SERIES) and actors Daisy Edgar-Jones (NORMAL PEOPLE) and Malachi Kirby (MANGROVE).

A further 7 Awards were presented during the cermony, all judged by industry experts, with winners including Radheya Jegatheva (Best Animation and Best International Film for THE QUIET), Luis Gerardo LoGar (Best International Special Mention for DAMN HOBO!), Simisolaoluwa Akande (Best Experimental Film for DUDU), Laura Marcus (Best Writer for THE MASSIVE F*CKING BENDER), Neelakshi Yadav (Best Documentary for LIFE IS A HIGHWAY) and Aneta Siurnicka (Best Micro Short for BREATH). Recipients of the awards received prizes including cash, equipment and mentoring support, generously offered by this year’s festival partners. The awards were hosted by writer and poet Yomi Sode.

All of the winning films are available to watch for free on BFI Player until 28 February.

This year’s BFI Future Film Festival ran from 18-21 February and was made available for free, globally, via online platforms including BFI YouTube. Young filmmakers were offered the chance to hear from the best in the business, with special guests including Turner-Prize winning artist Jeremy Deller and the Art Department of the Award-winning BFI Film-Funded psychological horror SAINT MAUD (Rose Glass, 2019).

LOCO (Dir. Rory Wilson)
The jury selected Rory Wilson’s LOCO, a film about the unspoken truth of being a train driver and one driver’s haunting experience on the tracks. This category recognises the Best Film made by a UK-based filmmaker aged 16 – 25, awarding the winner £1,000 and a grading package from Digital Orchard. The award is supported by the Chapman Charitable Trust.

Juror Reggie Yates said “LOCO is a remarkable film that explores important issues around suicide and mental health in a sensitive, realistic and powerful way. My fellow jurors and I were highly impressed to see such a compelling narrative executed in a thought provoking yet respectful way. Every element of the film from the directing, acting, editing and sound design stood out to showcase what is an impressive and unique film.”

Juror Waad Al-Kateab said “This was a beautifully shot film that really showcased Gustavo's brilliant directorial abilities. We felt the film did particularly well in conveying the story of a sweet and intimate relationship in an intelligent and poetic way that was both visually inviting and directorially well told. Each shot was carefully constructed to create a piece of work that was in the end a truly unique film.”

MUSIC FOR THE END OF THE WORLD (Dir. Emmanuel Li)
The jury selected Emmanuel Li’s MUSIC FOR THE END OF THE WORLD, a timely film about teenage Freddie who handles the apocalypse by dancing his troubles away. The Best New Talent Award is supported by Blackmagic Design, with the winner receiving a prize of £4,000, Blackmagic Pocket Cinema Camera 6K and a copy of DaVinci Resolve Studio from Blackmagic Design, and ongoing mentoring support from BFI Film Academy.

Jury Chair Liz Karlsen said “Music for the End of the World is a fun, quirky and imaginative film that merged lots of different elements of animation, music and narrative to create a brilliantly original piece of work. One of the standout points of this film was the clear direction of Emmanuel's artistic vision that was well executed in an unusual yet well communicated way, it made it quite distinctive from anything else we'd seen throughout the festival!”

In addition to the three awards judged by the jury, the following competition categories have been judged by BFI and industry experts:

DUDU (Dir. Simisolaoluwa Akande)
The Best Experimental Film Award is supported by Black Dog Films and judged by BFI Film Academy Young Programmers. The award goes to Simisolaoluwa Akande’s DUDU, a beautifully lyrical exploration of the issue of colourism and its effects on self-identity. Akande wins £1,000 in prize money and a mentoring package.

LIFE IS A HIGHWAY (Dir. Neelakshi Yadav)
LIFE IS A HIGHWAY, follows the rickshaw drivers, or 'Autowalas', of New Delhi, as they talk about the economic struggles, stigmas and socio-political issues that impact their livelihoods. The Best Documentary Award is supported by Netflix and judged by Jonny Taylor, Original Documentaries Commissioner, Netflix; Neelakshi Yadav wins a one-year mentoring package from Taylor and Netflix. 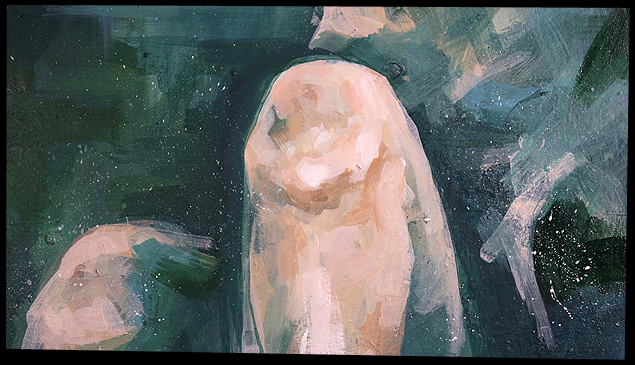 This year’s festival also marked the launch of a new partnership between Julia and Hans Rausing and the BFI that will help young and diverse audiences maintain access to screen culture and education during the COVID-19 pandemic. Generous support from the Trust has helped make it possible for this year’s BFI Future Film Festival to be free of charge for all attendees. The Trust’s recent, transformative grant of £350,000 is helping the BFI bring its work to broader audiences across the UK and globally by enabling further transition of its programme to digital, and also offers wider and significant financial support to the BFI in the wake of the ongoing Covid-19 pandemic.

About the BFI
The BFI is the UK’s lead organisation for film, television and the moving image. It is a cultural charity that:

Founded in 1933, the BFI is a registered charity governed by Royal Charter.

About Netflix
Netflix is the world's leading streaming entertainment service with 204 million paid memberships in over 190 countries enjoying TV series, documentaries and feature films across a wide variety of genres and languages. Members can watch as much as they want, anytime, anywhere, on any internet-connected screen. Members can play, pause and resume watching, all without adverts or commitments.