All Hollywood actors and actresses have a mixture of hits and misses on their CVs, but it’s clear that for some, there’s a definite trend towards one or the other.

Whether it’s a reflection on their acting ability, or just not being able to pick the right projects, some actors just aren’t loved by the movie critics.

BingoFind decided to use critic review scores from Metacritic to try and determine just who are the actors and actresses who appear in the highest number of bad (and good movies).

Note: It’s important to remember that just because an actor appears in more bad (or good) movies, doesn't necessarily make them an awful or great actor, as of course, there are lots of other factors that go into a film’s success. Also, remember that these scores are the views of professional movie critics, not the general movie-going public!

THE ACTORS AND ACTRESSES YOU’RE MOST LIKELY TO SEE IN A BAD MOVIE
Starting off with those actors who have appeared in the worst reviewed films, we see Rob Schneider at the bottom of the pile, who has appeared in critically panned movies such as Deuce Bigalow: Male Gigolo, The Hot Chick, The Benchwarmers and Grown Ups. 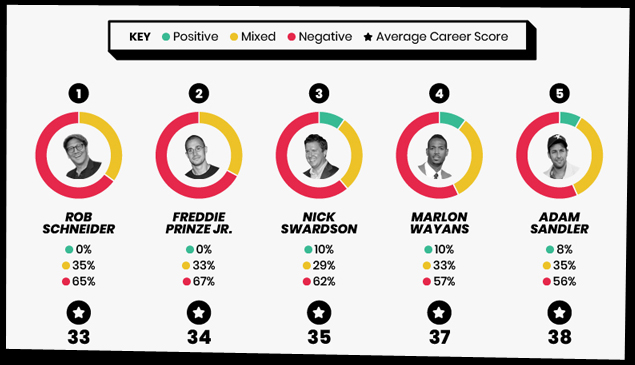 While best remembered for appearing in The Lizzie McGuire Movie as a teenager, Hilary Duff has taken a bit of a step away from acting after appearing in a string of badly received films such as Material Girls and A Cinderella Story.

Other actresses in the bottom five include Ali Larter who has largely appeared in horror movies and those based on the Resident Evil video games, and Jessica Alba and Courteney Cox, who both achieved more critical success on the small screen than in film. 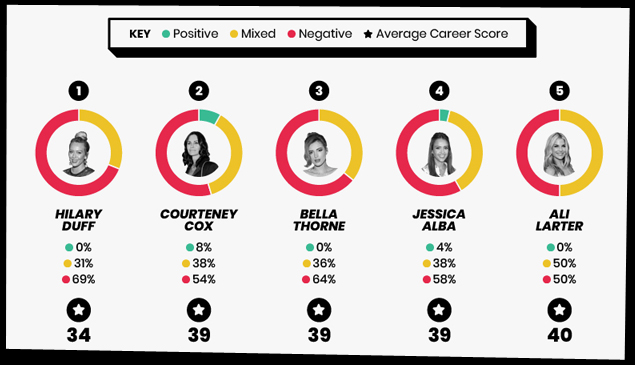 THE ACTORS AND ACTRESSES YOU’RE MOST LIKELY TO SEE IN A GREAT MOVIE
At the other end of the scale, those who have achieved the most critical success, we see Daniel Day-Lewis, who before retiring in 2017 was known as one of the most selective actors in history, appearing in such critically acclaimed hits as My Left Foot, There Will Be Blood and Lincoln.

Not one of the top five actors, including Tom Hiddleston and Andy Serkis, have appeared in a badly reviewed movie. 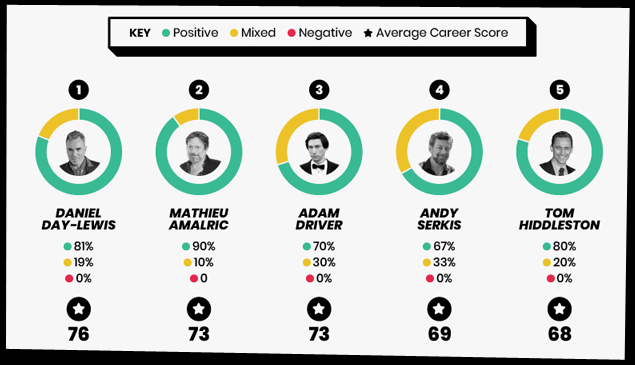 The top rated actresses list is a combination of younger up and coming actresses, such as Carey Mulligan and Greta Gerwig, as well as more established actresses such as Tilda Swinton and Imelda Staunton.

Coming in first place, Mulligan is best known for appearing in dramatic roles such as An Education, Never Let Me Go, and Drive. 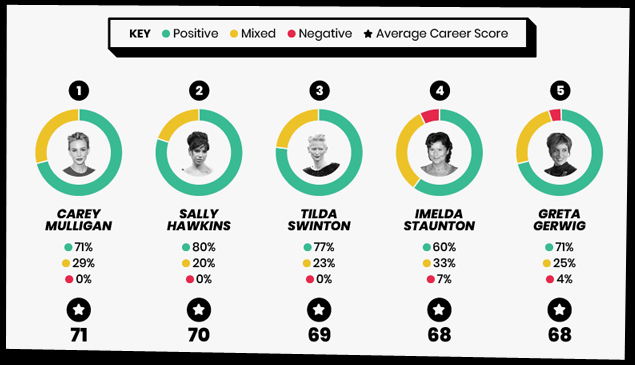 Helping you to find the best new bingo sites and sharing the latest casino reviews.