Black Widow And Its Intriguing Roles For New And Established Talent: The Rise Of Sought After British Talent Florence Pugh | The Fan Carpet

Black Widow And Its Intriguing Roles For New And Established Talent: The Rise Of Sought After British Talent Florence Pugh

The Marvel Cinematic Universe has proven to be a well-oiled machine in recent years, as it has produced hit after hit and given comic book fans the chance to see their favourite characters on the big screen.

However, with the Avengers double-header of Infinity War and Endgame feeling like an ending of sorts, it is perhaps a good thing that we have had a little enforced break from all things MCU in recent months. This is all set to change in 2021 though, with a string of exciting releases in the pipeline. 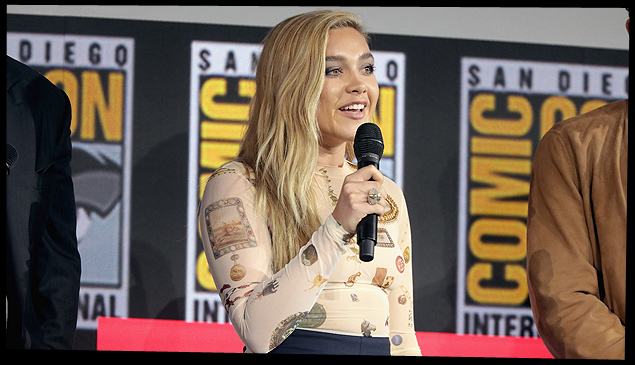 Plenty to look out for

Metro recently reported on the fact that release dates have been confirmed for a host of movies and TV shows, with WandaVision set to appear on Disney+ in the middle of January.

When it comes to the big screen, however, Black Widow is of course the next movie that is set to be released. Scarlett Johansson has featured as the character in countless MCU entries through the years, but the first outing focused purely on her hero will be in cinemas at the start of May.

From what is known so far, it seems like the film is set to combine a whole host of exciting elements. However, one of the more fascinating aspects is how it features intriguing roles for both fresh acting talent and famous names who have been around for years.

From Little Women to Fighting With My Family, Florence Pugh has knocked it out of the park on countless occasions in recent years. She is taking on the role of Yelena Belova in Black Widow and there are suggestions that she could have a role to play in the MCU long after the film’s credits have rolled. At the start of December, Variety reported that Pugh may well reprise the role in the upcoming Hawkeye TV show being created for Disney+.

But while Pugh’s star is undoubtedly in the ascendancy, a more established name also set to feature in Black Widow is Ray Winstone. A true acting legend, in more recent years he has featured prominently in betting ads in the UK. CasinoWings outlines how his role as the face of bet365’s live in-play ads means he has joined the likes of Harry Redknapp by getting involved in such commercials. However, the article goes on to discuss the rules that will change around the use of famous faces in those ads if new proposals are given the go-ahead.

In Black Widow, the actor is playing Dreykov and ComicBookMovie.com recently reported on comments he made about the role. In an official book related to the movie, he discussed how his character is in charge of the Black Widow program and described them as “his ninjas”.

There is plenty of excitement and anticipation around Black Widow and the inclusion of stars of the calibre of Winstone and Pugh certainly adds another intriguing element to the movie.

It will be interesting to see what is in store for their characters when the film reaches cinemas in the coming months.