Hubii launched its Blockchain film funding platform hubii film with an exclusive event during the 71st Cannes Film Festival with over 50 of the world’s leading film producers attending the event where hubii announced its first film to be funded.

The first project that will raise funds through the platform is the documentary Bitcoin Goldrush (Iceland) which will be produced by Hlín Jóhannesdóttir (Land Ho, The Swan) and directed by Rob Alexander (Gary Numan: Android in La La Land).

Producer Hlin Jóhannesdóttir said “It is exciting to have the opportunity to raise through crypto-currency funding sources. We look forward to the transparency the blockchain ecosystem provides and the value adding opportunities we get through the film’s unique coin.” 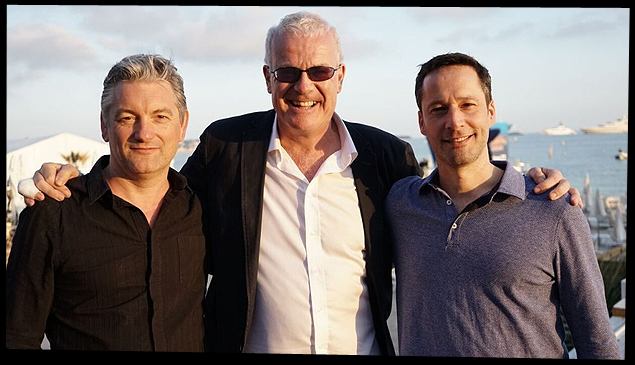 The Bitcoin Goldrush (Iceland) will document how a Bitcoin industry has developed after the financial crisis in the country famed for its low crime rate and geothermal-powered electricity system.

The new approach to film funding allows the creation of tokens for specific productions as well as a secondary market for trading and holding those and other tokens and cryptocurrencies. It offers a secure, easy to use ecosystem which includes a wallet, a distributed exchange and the ability to accept and manage FIAT currency alongside leading cryptocurrencies.

“The hubii film launch is yet another step towards our goal of creating a fully decentralized content marketplace. We are building the full set of tools needed to facilitate this vision and it is great that our first blockchain funded content project actually covers blockchain as a topic.”, says hubii CEO Jacobo Toll-Messia.

hubii film brings together the team at hubii, Tony Henderson – a Microsoft and BBC media technology veteran - as well as several film execs, including Ian Davies, who have been involved in more than 60 feature films.

About hubii
hubii started as an aggregator of local news - working with hundreds of media outlets and large distributors such as phone manufacturers and telecom companies. Together with them hubii serves 50 million customers every day.

In 2017 hubii decided to augment its existing business with blockchain technology. What started as a project to make content distribution faster, more transparent and more relevant has since evolved into the vision of an ecosystem of blockchain based tools around all forms of content and spanning the full product cycle: funding, creation, sharing, verifying, monetizing and managing.

• hubii film - the blockchain finance marketplace for content creators
o Access new cryptocurrency funding sources with production funding delivered in US dollars.
o Every production has its own unique coin on the Blockchain which can be traded in secondary market after the initial funding raise.
o Complete all-in-one coin marketplace with wallet, exchange and fiat conversion to deliver revenues back to coin holders.
o Includes production marketing platform and tools to drive ongoing coin awareness and value.
o Apart from tapping into new funding sources (crypto investors), producers have a chance to engage token holders through benefits, such as tickets to see the movie, voting rights on various decisions, access to special or behind the scenes events, maybe even invitations to a premiere
o They can use those incentives as well as other marketing tools to increase the token value
o Eventually, striim (hubii’s payment product) will be integrated at distribution level to enable payments by end users