CD PROJEKT RED and Netflix announced the virtual fan event WitcherCon, unveiling the date and first details of their global online celebration of The Witcher franchise

The announcement was teased via a Twitter conversation between the two companies, who are coming together to present the first ever multi-format event dedicated to The Witcher universe.

Taking place on Friday July 9th 2021, WitcherCon is an epic event for Witcher fans old and new, bringing together the worlds of The Witcher video games and the TV series. It will feature:

A variety of entertaining and interactive panels spotlighting the people who brought The Witcher to life in-game and on-screen.

Breaking news, exclusive behind the scenes and never-before-seen reveals from across The Witcher franchise.

Intimate looks into the creativity and production behind CD PROJEKT RED’s games, including the upcoming mobile game The Witcher: Monster Slayer, comic books and fan gear, AND Netflix’s live action series The Witcher plus merchandise, as well as the anime film Nightmare of the Wolf.

Expert explorations into the lore, legends, monsters and origins of the Continent. 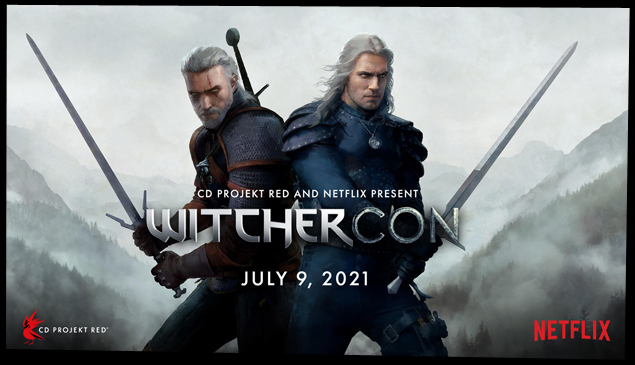 *While the event will be filled with content fans are bound to enjoy, in the name of setting appropriate expectations CD PROJEKT RED has informed that no new Witcher game will be announced at WitcherCon.