Steve Sharpe is London-born entertainment manager best known for his eclectic rolodex of contacts within global football, hip hop music and entertainment. Whilst Steve typically operates behind the scenes and in the boardroom, he has flirted with the public eye when appearing on the third series of BAFTA-nominated reality show Eating With My Ex on BBC Three, the sixth series of BAFTA-winning reality show First Dates on Channel 4, and briefly selling his £15,000 Georgian gem-filled chess set on ITV1 primetime docuseries Million Pound Pawn. He currently lives in Southwark, London with his long-term Hungarian girlfriend Szabina.

The dealmaking entrepreneur is a doyen of the London nightlife scene, and can usually be found in Mayfair or the West End schmoozing with his high profile friends and clients. With a history of ventures in technology and entertainment, he has been involved in everything from high profile commercial deals with blue chip giants Microsoft and IBM, to liaising with African diplomats on the board of humanitarian investment company Zotus Group, chaired by England footballer Emile Heskey, and now running entertainment and sports management company 3 Kingdoms Group alongside his co-founders 3x-Grammy nominated R&B recording artist James Worthy and close friend Tansel Adacan.

Charismatic entertainment and sports agent Steve Sharpe is a fixture on the London nightlife scene. The deal-making entrepreneur can usually be found in Mayfair or the West End schmoozing with his high-profile friends and clients, including global hip hop artists, movie stars and professional footballers. But what are they really like?

Steve, how did you get involved in the entertainment industry?
“About 10 years ago I was working in technology and needed something to stimulate my mind as a side hustle. Back then, social media was in its infancy so I used that to my advantage and managed to get through to a few reality TV stars about doing video messages for fans, for a few hundred quid each. I remember meeting some of the guys from ‘The X Factor’ in a Caffè Nero with a big wad of notes for them between their pantomime rehearsals. So that was the beginning!”

You’ve participated in several TV shows yourself, haven’t you?
“Yes – ‘Eating With My Ex’ on BBC Three; ‘First Dates’ on Channel 4; ‘Text Dating’ for LADbible; and the docuseries ‘Million Pound Pawn’ on ITV.”

Tell us about your agency, 3 Kingdoms Group.
“3 Kingdoms Group is an entertainment and sports management company – we do talent management, live events and brand deals. A lot of our clientele are US hip hop artists, but we take on famous talent from any industry and help them turn their social capital into real monetary income.”

Who have you been working with?
“Just prior to the pandemic, we ran a high-profile couture fashion show headlined by influencers, models and entrepreneurs Daisey and Ellie O’Donnell (‘The O’Dolls’). Then for US rapper A Boogie Wit Da Hoodie, we provided the content marketing for his European tour this year. We also supported performances for Tyga, Fat Joe, Lil Yachty and Meek Mill with on-stage and behind-the-scenes content marketing for their 2021 UK nightclub and festival appearances. While most US artists have cancelled their European tours due to the latest Covid outbreak, we are currently working with performance artists based in Europe, including DJ Ego from We The Best Music Group.” 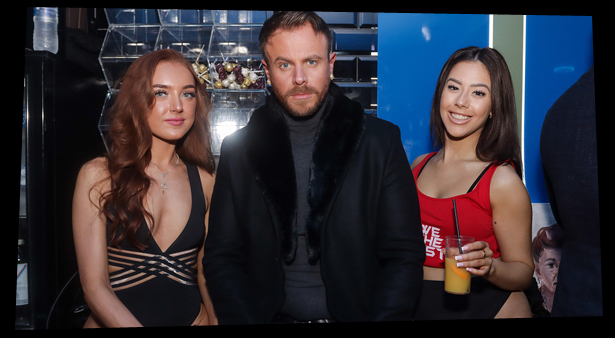