Check Out What's In Store For Season 2 Of FATE: THE WINX SAGA As We Return To Alfea For This Behind The Scenes Exclusive Inside Look | The Fan Carpet

Check Out What’s In Store For Season 2 Of FATE: THE WINX SAGA As We Return To Alfea For This Behind The Scenes Exclusive Inside Look

Magic and mystery await at Alfea.

Netflix have announce that FATE: THE WINX SAGA will return to the streaming platform with season 2 on September 16!

About Fate: The Winx Saga
Fate: The Winx Saga follows the coming-of-age journey of five fairies attending Alfea, a magical boarding school in the Otherworld where they must learn to master their powers while navigating love, rivalries, and the monsters that threaten their very existence. From creator Brian Young (The Vampire Diaries), Fate: The Winx Saga is a live-action reimagining of the Italian cartoon series Winx Club by Iginio Straffi. 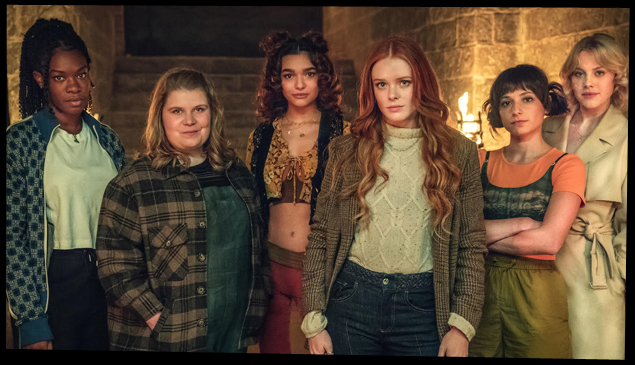 Season 2 Logline
School’s back in session under the militant authority of Alfea’s former Headmistress Rosalind. With the Burned Ones gone, Dowling “disappeared” and Silva imprisoned for treason, the Alfea of last year has grown up with new magic, new romances and new faces. But when fairies start to go missing in the night, Bloom and her Suitemates discover a dangerous threat lurking in the shadows. One they'll have to stop before it wreaks havoc on the entire Otherworld.

For more on Fate: The Winx Saga, visit the Netflix Media Center and the official Instagram: @FateNetflix

FATE: THE WINX SAGA RETURNS TO NETFLIX ON SEPTEMBER 16

About Netflix
Netflix is the world's leading streaming entertainment service with 221 million paid memberships in over 190 countries enjoying TV series, documentaries, feature films and mobile games across a wide variety of genres and languages. Members can watch as much as they want, anytime, anywhere, on any Internet-connected screen. Members can play, pause and resume watching, all without commercials or commitments.