How far would you go for revenge?

Presented by The Soho Poly in association with Brickdust

Matthew Morrison’s DANCE made its online debut in the summer of 2020, produced by The Soho Poly – the pioneer of lunchtime theatre in the 1970s and 80s – as their first new play in over 30 years. Now, the Charlotte Peters directed play, which follows a father and daughter’s surprising story, is set to make its ‘IRL’ appearance as part of the King’s Head Theatre’s annual festival of new-writing, Playmill, where it runs from Monday 12th to Saturday 17th July.

Kemi’s being bullied and it’s getting out of control. Everything her dad does to help only makes it worse. But when Kemi is humiliatingly thrust into the limelight, the pair concoct a dark revenge that might just go viral. DANCE is a captivating, funny and unpredictable story that explores the impact of social media on mental health and how online bullying impacts young people in today’s society. 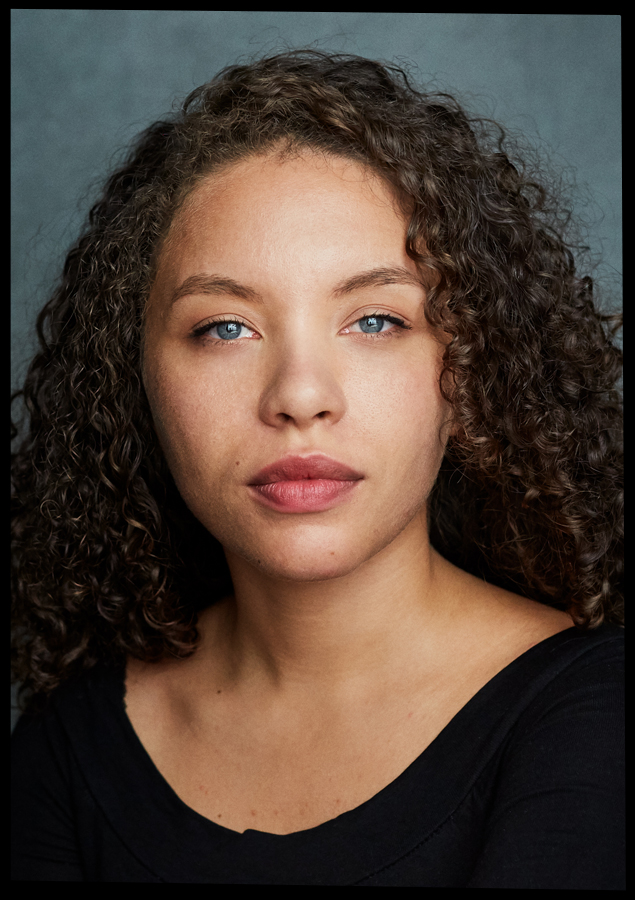 Saffron Coomber stars as Kemi. Saffron has worked extensively on screen. One of her first major roles was Sapphire Fox in Tracy Beaker Returns (CBBC) in which she starred for three years. Recent TV appearances include Strike: Lethal White and Steve McQueen’s acclaimed drama, Small Axe, both for the BBC. She made her West End debut in the transfer of Emilia to the Vaudeville Theatre where she earned a nomination for Best West End Debut at The Stage Debut Awards 2019 for her portrayal as Emilia 1. On Friday 11th June Saffron will appear in A Cold Supper Behind Harrods by David Morley. The star-studded play reading - for the Original Theatre Company in association with Perfectly Normal Productions – will be streamed live on stage from the Oxford Playhouse and stars David Jason, Stephanie Cole and Anton Lesser. 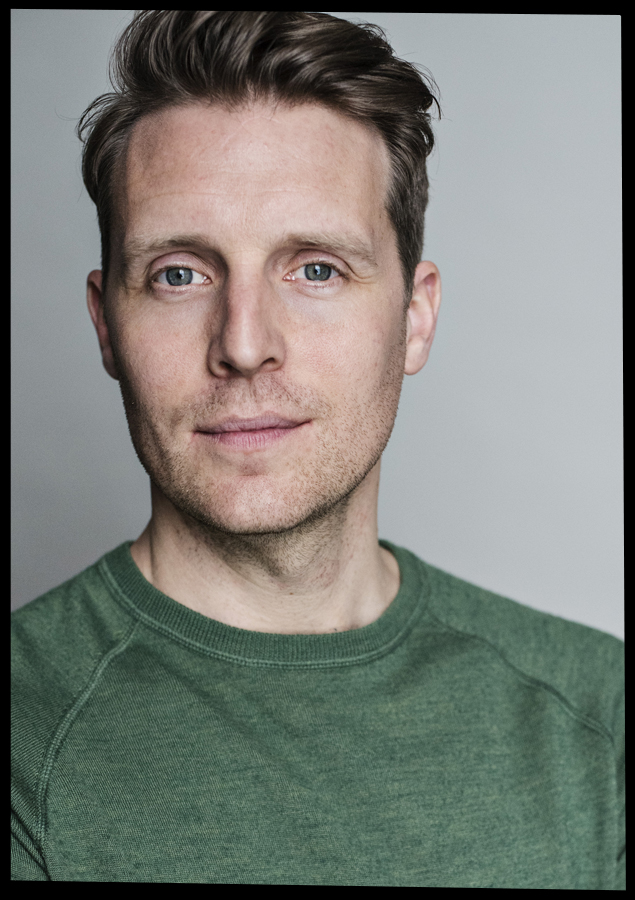 Christopher Harper stars as Richard. During lockdown, Christopher has been seen in two celebrated productions performing as Capt. Jim Lovell in Apollo 13: The Dark Side of the Moon and Levi in Birdsong, both for Original Theatre Online. His extensive stage credits include UK tours of Dial M For Murder (Simon Friend Productions); Strangers on a Train (ATG); a season of Sir Alan Ayckbourn plays at The Royal & Derngate Theatre, Northampton (directed by Ayckbourn himself) and Much Ado About Nothing at Shakespeare’s Globe. On-screen, Harper has appeared in British dramas including The Suspicions of Mr Whicher; Upstairs Downstairs; Life on Mars and most notably as playing Clifford Last, son of Victoria Wood's character Nella Last in the multiple BAFTA award-winning ITV movie Housewife, 49. As Nathan Curtis, he featured in Coronation Street's high profile teenage grooming and exploitation storyline and has helped raise awareness of child sex abuse through charity work and as patron for the charity Voicing CSA, which helps adult survivors of child sexual abuse to speak out.

Written by Matthew Morrison whose plays have included Through the Night, a Papatango award runner-up, produced at the Finborough Theatre; Inside Out, produced at the HighTide festival; The Shelter, commission by LAMDA and produced at The Riverside Studios. His recent play, The Bounds, was shortlisted for the Theatre503 playwriting award and chosen by the Arcola for its Playwrought scheme.

Directed by Charlotte Peters whose most recent work includes Billy and Me, starring Jon Culshaw, part of Barnes’ People, Torben Betts’ Apollo 13: The Dark Side of the Moon starring Chris Harper, Michael Salami & Tom Chambers, and the hit, 5-star production of Sebastian Faulks and Rachel Wagstaff’s Birdsong Online, all for Original Theatre Company. Charlotte is Associate Director on the National Theatre’s War Horse and Stephen Daldry’s An Inspector Calls and other theatre work includes How Love Is Spelt at Southwark Playhouse starring Michelle Collins and Nigel Boyle, Normality starring Dan Buckley and Pippa Evans at The Other Palace and Caste starring Paul Bradley and Susan Penhaligon at the Finborough Theatre. Charlotte’s short film Reasons by Duncan Moore will be released later this year for the BFI. She is directing a live-streamed interactive production of Peter Pan this Christmas following the success of Cinderella last year which reached an audience of over 100,000.

In 1972 the Soho Theatre (founded in 1968 and now based on London’s Dean Street) moved to a basement on Riding House Street owned by the Polytechnic of Central London (now University of Westminster). Here it became known as the Soho Poly and, for twenty years, it was to have a hugely important role on the fringe and alternative theatre scene.

Hanif Kureishi, Caryl Churchill, Timberlake Wertenbaker, Nigel Hawthorne and Simon Callow are just some of those who passed through its doors.

The Soho Poly was a pioneer of ‘lunchtime theatre’, which was part of an attempt to make theatre more inclusive by bringing arts and culture into the heart of the ordinary working day. Lunchtime theatre also offered opportunities to many artists who found themselves excluded from mainstream theatre. Sadly, the Riding House basement was abandoned in 1990, but there is now a major fundraising project underway to fully restore and revive it and DANCE is its first venture.

DANCE has been made possible by the generous support of the Schools of Law and Humanities at the University of Westminster. See here for the fundraising campaign to restore the historic Soho Poly venue.

The Soho Poly has also just received 88K of funding from the National Lottery Heritage Fund for a schools’ outreach project championing diversity and inclusion in the arts.

Brickdust’s work includes Chloë Moss’ How Love Is Spelt at Southwark Playhouse starring Larner Wallace Taylor, Michelle Collins and Nigel Boyle, and Bury The Dead, directed by Rafaella Marcus, at the Finborough. During Lockdown, Brickdust collaborated with Coronavirus Theatre Club to release Lucy Nichol’s short, Oranges and Lemons to an audience of over 5,000 people.

Listen to a Track here.

A new play by Matthew Morrison

Produced by The Soho Poly in Association with Brickdust

About UNIVERSITY OF WESTMINSTER
The University of Westminster offers a vibrant learning environment attracting more than 20,000 students from over 165 nations and we continue to invest in our future with new developments, research projects and new ideas. We offer highly attractive practice-based courses which are independently rated as excellent, many with international recognition. Our distinguished 175-year history has meant we lead the way in many areas of research, particularly politics, media, art and design, architecture and biomedical sciences, and our position in the city of London allows us to continue to build on our close connections with leading figures and organisations in these areas as well as in the worlds of business, information technology, politics and law. Our commitment to educating graduates for the needs of professional life attracts high quality students from within the UK and around the globe. Internationalism, employability and sustainability are key elements in the University of Westminster’s vision for the future and we strive to ensure the very highest standards are met and maintained.

About THE SOHO POLY
The Soho Theatre (now based in London’s Dean Street) was founded in 1968 by Fred Proud and Verity Bargate. In 1972, it moved to a basement on Riding House Street owned by the Polytechnic of Central London (now University of Westminster). Here it became known as the Soho Poly and, for twenty years, it was to have a hugely important role on the fringe and alternative theatre scene. Hanif Kureishi, Caryl Churchill, Timberlake Wertenbaker, Nigel Hawthorne and Simon Callow are just some of those who passed through its doors.

The Soho Poly was a pioneer of ‘lunchtime theatre’, which was part of an attempt to make theatre more inclusive by bringing arts and culture into the heart of the ordinary working day. Lunchtime theatre also offered opportunities to many artists who found themselves excluded from mainstream theatre.

Sadly, the Riding House basement was abandoned in 1990, but the University of Westminster is leading a fundraising project to fully restore and revive it. In the meantime, the new artistic team has been producing a host of pop-up gigs, poetry readings and theatre workshops, many supported by the AHRC and British Academy through the Being Human Festival.

About BRICKDUST
Brickdust builds stories from the ground up, working with the UK’s most exciting writers to develop narratives told from an alternative perspective. We believe it is important to make work that illuminates our society and the times in which we live. We strive to always tell the truth, even in fiction.

Our stories are for now and for everyone. Work includes Oranges and Lemons with Coronavirus Theatre Club, How Love Is Spelt (Southwark Playhouse), Bury the Dead (Finborough Theatre) and The Mouth of a Shark (VAULT Festival).

About KING’S HEAD THEATRE
The King’s Head Theatre was established in 1970. Passionate about championing ethically produced fringe theatre, we are known for our challenging work and support of young artists. In 2019, 88,029 audience members saw a show of ours: 37,586 at our 110-seater home on Upper Street and 50,443 elsewhere. At our home in Islington we had 686 performances last year of 113 different shows. We are committed to fighting prejudice through the work we stage, the artists and staff we work with and by producing work for minority audience groups. We believe in fair pay for all on the fringe and create accessible routes for early career artists to stage their work; work we are passionate about. In 2017, we announced the theatre is on the move. Subject to a fundraising campaign, the King’s Head Theatre will move into a custom-built space in the heart of Islington Square, directly behind its current home securing the future of the venue for generations to come.