Creating That “Believability” Factor: Sonantic Launch The First AI That Can Express Every Human Emotion With Obsidian Entertainment | The Fan Carpet

Creating That “Believability” Factor: Sonantic Launch The First AI That Can Express Every Human Emotion With Obsidian Entertainment

Building upon the existing framework of text-to-speech, Sonantic’s groundbreaking approach is what differentiates a standard robotic voice from one that sounds genuinely human. Creating that “believability” factor is at the core of Sonantic’s voice platform, which captures the nuances of the human voice. 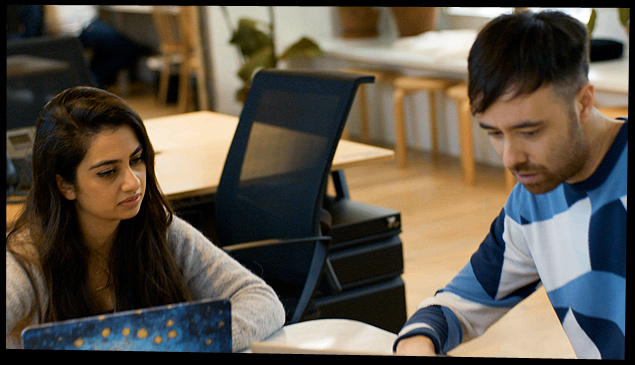 “Sonantic’s voice-on-demand technology is unlike anything I’ve ever seen in my career,” commented Obsidian Entertainment Audio Director Justin E. Bell whose production timelines and associated costs would be slashed through this new capability. “Working in game development, we could send a script through Sonantic’s API — and what we would get back is no longer just robotic dialogue: it is human conversation. This technology can empower our creative process and ultimately help us to tell our story.”

In order to demonstrate its voice-on-demand technology, Sonantic has released a demo video highlighting its partnership with Obsidian, a AAA gaming studio and subsidiary of Xbox Game Studios.

Sonantic partners with experienced actors to create voice models. Clients can choose from existing voice models or work with Sonantic to build custom voices for unique characters. Project scripts are then uploaded to Sonantic’s platform, where a client’s audio team can choose from a variety of high fidelity speech synthesis options including pitch, pacing, projection and an array of emotions.

Gaming and film studios are not the only beneficiaries of Sonantic’s platform. Actors can maximize both their time and talent by turning their voices into a scalable asset. Sonantic’s revenue share model empowers actors to generate passive income every time his or her voice model is used for a client’s project, spanning development, pre-production, production and post-production.

Sonantic’s official launch follows last year’s beta release, which was captured in a video entitled “Faith: The First AI That Can Cry.”

Sonantic co-founders Zeena Qureshi and John Flynn said in a joint statement, “Hearing that cry was an incredible moment for our team last year. Launching today, with the full spectrum of human emotion, is an exciting milestone not just for us, but for the entertainment industry. The possibilities for studios are endless. With a technology this comprehensive, it frees them up to experiment with scripts and produce work in an unprecedented timeframe, converting months of work down to minutes.

Our ultimate mission is to work with both studios and professional actors to build the entertainment products of the future.”